Square (NYSE:SQ) has offered a simple pricing structure for its payment processing since 2011, just 2.75% no matter how large or small the transaction. While that fee kept things simple for merchants, it often meant Square was taking a bath on the fees it paid on smaller transactions because there's a fixed cost involved with processing payments.

Square will move all of its existing merchants to a new pricing structure -- 2.6% + $0.10 -- starting Nov. 1, 2019, and new sign-ups will incur that pricing immediately. Square said the pricing change will "better align our rates with industrywide transaction costs" in a blog post.

The move should help improve Square's gross margin even as the company invests for growth ahead. 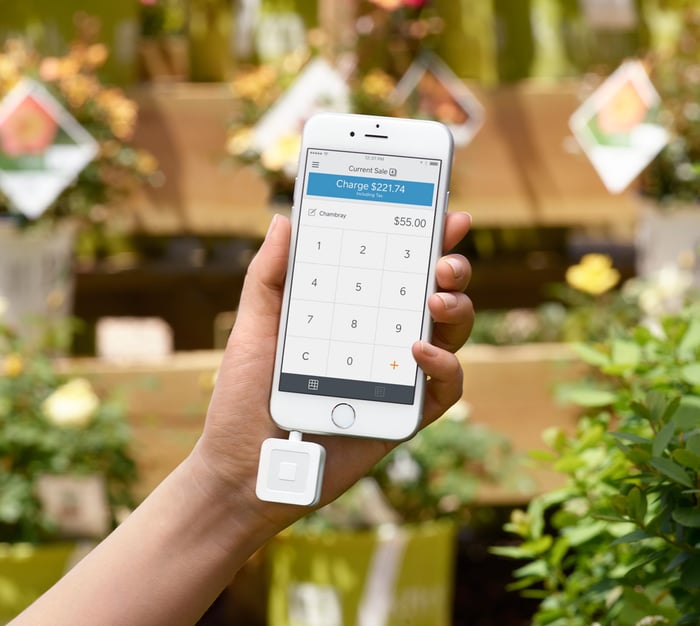 Last quarter, Square's transaction-based profit margin was 1.06%. That's down from 1.08% in the second quarter last year.

During the company's second-quarter earnings call, CFO Amrita Ahuja pointed to strong growth in larger sellers as the reason for the margin contraction for transactions. She also encouraged investors to look at overall revenue growth among other metrics to diagnose the health of the payments business. Indeed, transaction-based revenue grew 24% year over year but lagged gross payment volume growth by more than 1.25 percentage points.

Larger sellers may command better pricing, which pushes down Square's take rate and profit margin. Square can usually offset that margin pressure in the payments business, however, by cross-selling larger merchants on its other services.

The biggest challenge for Square is smaller merchants with low average transaction values. Even though they usually pay the full 2.75% rate, there's no way for Square to offset the fixed costs of payment processing and improve overall margin through cross-selling. Moving to the new pricing should help Square boost its margin among smaller merchants, which still account for 46% of payment volume.

Not worried about the competition

The move is a big sign of strength for Square. Its ability to make a margin-expanding change shows it has a competitive advantage over other digital payment processing companies like PayPal (NASDAQ:PYPL) or Shopify (NYSE:SHOP). PayPal had already made moves to undercut Square's pricing with its PayPal Here card reader, charging just 2.7% per transaction. Shopify offered even lower prices for merchants subscribed to its e-commerce platform.

But while PayPal and Shopify can subsidize their in-person payments processing with their much-larger e-commerce businesses, Square primarily generates payments-based revenue from credit card swipes. It can't effectively compete on price while generating strong margins.

What Square can do, however, is offer a better overall service for merchants that primarily transact in person instead of online -- and it certainly does that well. Its dashboard gives merchants tons of information about their business, creating significant switching costs for existing users. And merchants that take ancillary services from Square are even less likely to switch to a competitor.

The effective price increase is a sign Square isn't worried about the competition; its merchant base and payment volume growth are strong. Investors worried about the company's margins ought to see expansion over time. It'll take some time for investors to see the feedback on the new pricing, since the updated pricing will roll out to existing merchants in the middle of next quarter, but management might provide an update during its next earnings call.