As demand in developing markets has slowed, Deere & Company (NYSE:DE), the world's biggest maker of farm tractor and harvest combines, is hoping there's no place like home. The company has dialed back its emphasis on global expansion in recent years under current CEO Sam Allen, whose vision of green-and-yellow fleets driving food production for the emerging-market middle class has yielded somewhat disappointing results. A deceleration in economic growth in the so-called BRIC countries (Brazil, Russia, India, and China) and the lingering effects of the U.S.-China trade dispute have set Deere on a different path. In November, Deere will usher in its new CEO, John May, who is expected to include technological innovation and cost-cutting at the top of the agenda. 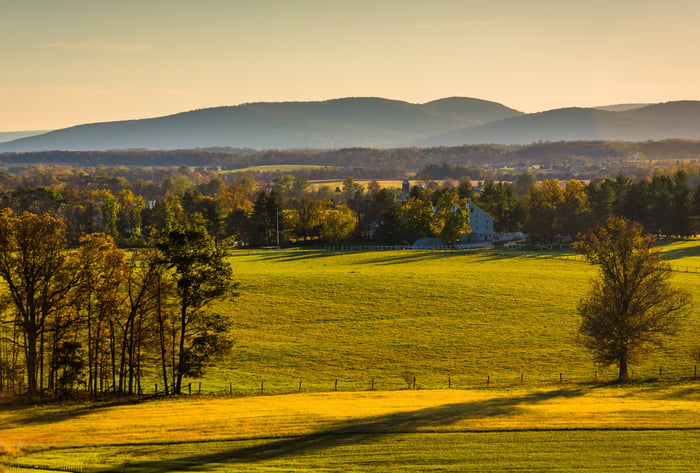 Deere's North American market sales, which come from more than 2,300 dealers in the U.S. and Canada, accounted for 58% of overall company sales in fiscal 2018. But the U.S. heartland has had its share of issues, too. For the past several years, the domestic farming community has been hampered by falling commodity prices, overproduction, and Chinese tariffs, all of which have led to lower U.S. exports, shrinking profits, and bankruptcies. The uncertain global economic environment has also contributed to a growing trend toward more customers interested in renting equipment rather than buying it. So why would Deere lean on a U.S. market that is witnessing such soft demand for its products?

New tech, but will it sell?

Pivoting to the domestic market appears to be a risky move, but the most difficult decisions sometimes lead to success in the cyclical farming and construction industries. Deere is at the mercy of a wide range of external forces -- trade policies, farm subsidies, commodity prices, exchange rates, weather patterns -- that are out of its control. All management can do is work to improve its products, set pricing, and control costs to drive its top- and bottom-line growth.

Deere is adding state-of-the-art technology to its equipment with the hope that farmers will fork over money to buy the premium upgrades. Considering some of its high-end tractors already cost well over $100,000, this may be a big ask, especially given the challenges farmers currently face. Deere is hoping to justify the higher prices by offering new features, such as a herbicide sprayer that can distinguish between crops and weeds. It is also placing an emphasis on data services including its "Combine Advisor" offering, which sends information about crop yields, details on grain quality, and equipment maintenance warnings to PCs and smartphones.

In rolling out new technology, Deere aims to be the global leader in "precision agriculture," the future of the farming world. This focus on the development of more precise, automated equipment is meant to help its customers become more profitable and sustainable.

Cutting costs by the bushel

Deere's profits have declined in recent quarters due to higher materials costs, freight inflation, and increasing factory expenses. Making technological innovation a priority has also led to increased spending on research and development, weighing on margins. To improve its bottom line and gross margins, which have been relatively flat over the past few years, management is focusing on reducing factory costs and other expenses within its control. While it is challenging to estimate operating income and margins given the cyclical nature of the farming and construction businesses, management has raised its EBIT margin target from 12% to 15%, with a focus on more efficient revenue generation. .

Is Deere a good value?

Shares of Deere have stalled after reaching an all-time high of $175.26 back in February of 2018. Investors are hoping its bold new strategy restarts the company's growth engine to lead the stock higher. Of course, a breakthrough in U.S.-China trade relations that leads to stronger global demand for farm equipment would provide a boost to the trade-sensitive stock. Increased government infrastructure spending and recent economic data that points to a possible turnaround in the U.S. housing market may also bode well for Deere's construction businesses.

Deere is trading at about 11 times forward earnings, which is roughly in line with its peers but below its historical average, reflecting the various challenges that lie ahead. While management recently boosted the stock's dividend by 10% as a display of confidence in its business prospects, new investors might want to ride out the cyclical downturn and look for traction in Deere's latest strategic shift before plowing ahead.