It has nothing to do with the fitness equipment maker's product and whether it will remain popular.

Another week, another pumped-up tech IPO.

Earlier this month, it was Datadog, the fast-growing data analytics software, that got off to a hot start, but has since begun dropping. This week, it's Peloton Interactive (PTON 4.76%), maker of connected fitness equipment and an accompanying app. After being initially priced at $29 -- near the top of its expected IPO range -- shares finished their first day of public trading down 11.2%.

There's a lot of skepticism regarding Peloton's prospects: The equipment is too expensive, the economy is slowing, bikes and treadmills with screens attached to them are just a fad, etc. I think the company has a future, and the increasing awareness and desire to stay fit will help. But that alone isn't a reason to invest. In fact, there's recent historical evidence to back this up, and it all has to do with profit margins. 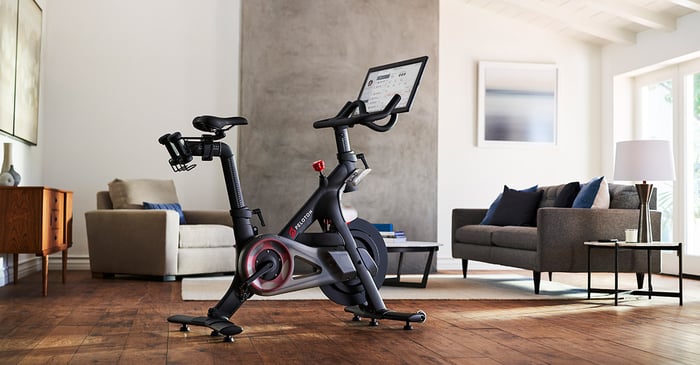 Watching TV while working out

Peloton's claims to fame are its stationary bike and treadmill, both of which come with big attached touch screens that can stream workouts with instructors live or on-demand. The Peloton Bike retails for $2,245 and the Tread for $4,295. Keeping the equipment hooked up to Peloton's platform runs another $39 a month on top of that initial investment.

The company has since started to branch out. It sells various accessories, from small weights to yoga mats to running shoes, as well as a membership available through the app for $19.49 a month for users to access workouts without the need for Peloton's equipment. Peloton says it has 1.4 million members, and that it had a 95% customer retention rate over the last year. Of all the connected equipment it's sold the last few years (577,000 units through the end of June 2019), 92% still had membership subscriptions running on them.

Die-hard fans and rising sales only go so far

Sounds pretty good, right? Potential users think so. After all, revenue in the just-completed 2019 fiscal year increased 110% to $915 million.

Here's my hangup, though. Revenue is booming, especially in the subscription business, but the gross profit margin on equipment and services sold is low and still falling.

Granted, gross profit percentages are not falling by a huge amount, but as a new and small company gets larger, I would expect this figure to go the other direction. That's especially the case with a subscription business, where the more users that sign on to a platform, the more profitable it becomes. Thus far, that's not happening here. Other IPOs from earlier this year have had declining gross margins -- Uber, Lyft, and Slack, for example -- and have fallen sharply on diminishing prospects.

Now, Peloton's supporters might say that the model worked for Netflix (NFLX 5.03%), which has also had generally declining gross profit margins its first decade as a public company. But investors will need to decide if this is the next Netflix or not. I think no, as Netflix defined a new industry (streaming entertainment), and arguably only now has real comparable competition. 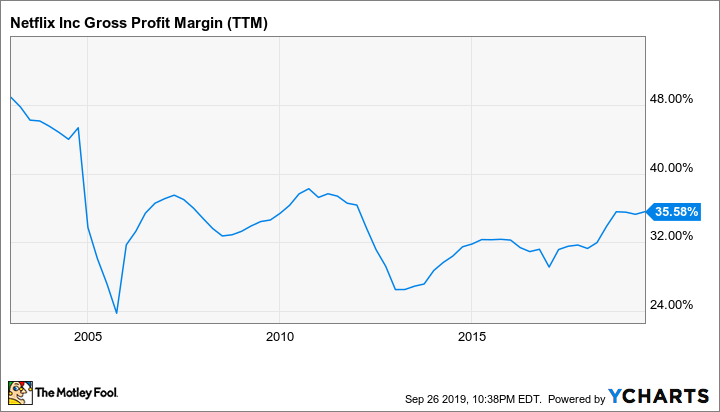 Peloton, on the other hand, has plenty of competition. Fitbit also makes fitness devices and is promoting subscription fitness services. And, by the way, it is also suffering from low and declining profit margins. And don't forget the other popular fitness tracker out there (in the form of a smartwatch) from a little company called Apple. Also fighting for consumers' workout attention are gyms (which have gotten incredibly cheap because of companies like Planet Fitness), other workout equipment makers, and apparel companies that offer membership and connected fitness classes like Nike. Suffice to say it's a crowded field, and Peloton's margins seem too thin and not particularly defensible in comparison.

Of course, I've been wrong before, and I'm ready to be wrong again. But with low and falling gross margins and steepening bottom-line losses likely not reversing anytime soon, I think there are other better start-ups to invest in right now.