The stock market lost ground on Friday, giving into pressure stemming from an possible escalation in the trade dispute between the U.S. and China. A threat to limit U.S. investment in China included a look at potentially requiring Chinese companies to de-list their shares on U.S. exchanges, and that eliminated any hopes that relations between the two nations were improving. Still, some stocks managed to post solid gains. Latam Airlines Group (NYSE: LTM), Arcus Biosciences (NYSE:RCUS), and Vail Resorts (NYSE:MTN) were among the top performers. Here's why they did so well.

Shares of Latam Airlines Group soared 31% after the Chilean airline partnered up with Delta Air Lines. Delta will take a 20% interest in Latam for $1.9 billion and will invest an additional $350 million in order to help Latam as it ends its previous partnership with American Airlines Group. As part of the deal, Latam will leave the Oneworld alliance program, which included American. The move shows just how valuable the Latin American travel market is, especially at a time when U.S. airlines are flush with cash and looking to shore up strategic alliances across the globe. 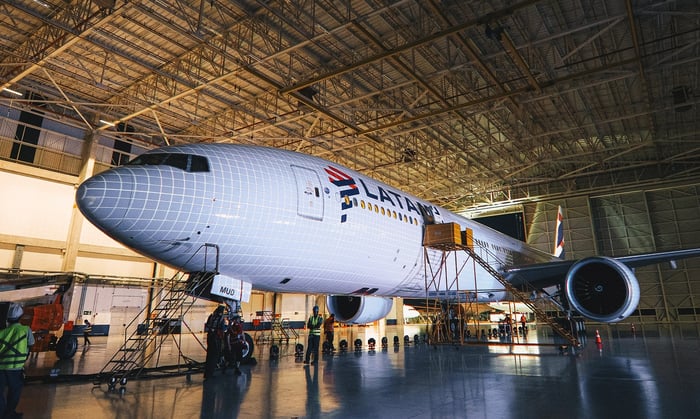 Biopharmaceutical company Arcus Biosciences saw its stock climb 16% following favorable comments from analysts. Mizuho started its coverage of Arcus with a buy rating and a price target of $22 per share. The stock analysis company is optimistic about Arcus' approach toward drug development, with an immune-based approach to fighting cancer that could generate enthusiasm. With more data from clinical trials expected over the course of the next year, now's a key time for Arcus to deliver on its promise to investors.

Finally, Vail Resorts finished higher by 3% after having been up much more early in the session. The ski resort operator reported fiscal fourth-quarter results that closed a solid year for Vail, and early signs for the coming 2019-2020 winter season looked good. Season pass sales are well ahead of where they were this time last year both in units sold and in dollar revenue collected, and the closing of Vail's acquisition of Peak Resorts will add 17 new properties to the mix. Given how important a large network is in driving sales of its popular Epic Pass, Vail Resorts is in a great position to pick up speed down the slopes as winter approaches.