The world's largest iron mining company, Vale (NYSE:VALE), was hit by another piece of bad news recently. Brazilian authorities announced charges against several Vale employees who allegedly deceived regulators about the structural integrity of the Brumadinho dam that collapsed in January. The incident, which resulted in the deaths of 248 people, was the deadliest dam collapse in over 50 years and arguably the worst disaster in Vale's mining history.

Brazilian federal police have announced criminal charges (subscription required) against seven employees of Vale as well as six workers from TÜV SÜD, a safety inspection firm and auditor that certified the Brumadinho dam in Minas Gerais safe just months before it ruptured. All the workers accused were either engineers, managers, or technicians; no one in senior management has been charged.

While there has been plenty of speculation about criminal charges for some of Vale's executives or directors, it appears this current round of charges is targeting those who were personally involved in the certification process. However, it's likely that more criminal charges will follow in the near future, and senior executives could face jail time. According to The Financial Times, a parliamentary commission in Minas Gerais, the state where the Brumadinho mine is located, authored a report arguing that Vale's CEO at the time of the disaster, Fabio Schvartsman, should face criminal charges. 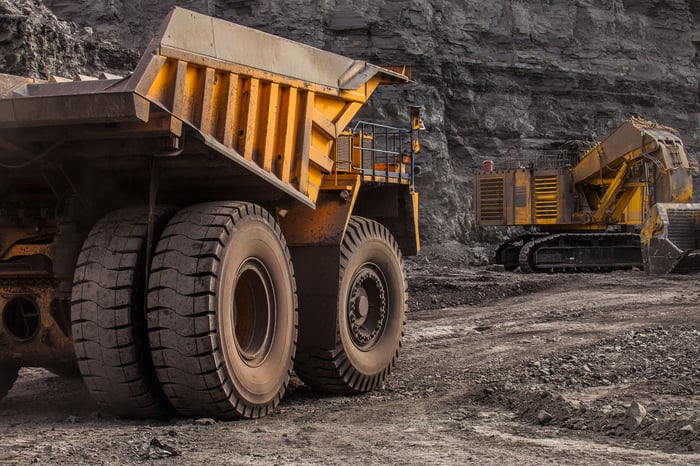 We now know not only that criminal charges are underway but also that further, more severe charges are possible in the future. Brazilian authorities told The Wall Street Journal that they are preparing further charges that may include manslaughter and homicide.

The ongoing fallout from the Brumadinho disaster also continues to play a role in pushing down Vale's stock. Shares are down 14.9% so far in 2019, underperforming against rivals such as BHP (NYSE:BBL) and Rio Tinto (NYSE:RIO), which are up 6.5% and 11.9% respectively across the same period. With the prospect of further legal actions on the horizon, investors need to recognize that these developments will likely continue to depress the company's stock while other iron miners continue to grow.

What's next for Vale?

At this point, there seems to be no easy way out for the company. Back in Q1 2019, Vale reported a one-time $4.95 billion charge in regard to the Brumadinho disaster before posting a second major charge in Q2 of $1.5 billion. These losses are independent of potential legal fines or further environmental damages, which could easily amount to billions in additional charges for the company. Earlier this year, an anonymous source close to the Brazilian investigation suggested that Vale could face a further $7 billion fine if convicted under the nation's anticorruption laws.

Amidst Vale's ongoing decline, the stock might seem like an appealing value stock to some investors, simply from a financial perspective. The company's price to book value ratio is at 1.38, much cheaper than BHP's 2.71 and Rio Tinto's 2.26. Other key metrics, such as price to sales, also show that Vale is cheaper than other major iron producers. However, this isn't enough to make the stock attractive.

Even putting aside the possibility of further declines in the months to come as more news surrounding these legal cases comes out, other factors are weighing down the company. The biggest of these is evidenced by the weak macroeconomic data from China. Recent figures from August showed industrial production was up only 4.4%, the lowest rate since 2002. Couple this with the uncertainty surrounding the ongoing U.S.-China trade war, and demand from China for iron ore will likely continue to fall.

Iron prices have also taken a significant hit over the past couple of months. After reaching a five-year high in July at a price of $123.10 per tonne, prices have fallen by 24.8%, to $92.54 per tonne. While declining demand from China played a role, there's also the fact that many of Vale's iron-producing facilities have come back online, adding tens of millions of iron ore output back into the global market.

With low iron ore prices on the horizon alongside weak Chinese manufacturing data, Vale's long-term prognosis doesn't look very good. When you also consider the legal challenges the company is facing, it seems best to stay away from the stock at the moment.