Tractor Supply (NASDAQ:TSCO) is in the midst of an executive search to find a successor for its CEO after its president and COO abruptly resigned in August. That muddies the water a little bit because it upsets the executive succession plan it had in place, which following a mid-September swoon finds the company's stock now trading 22% below its summer highs.

So, let's see whether the seeds of discord that have been planted will have Tractor Supply reaping an ill harvest if investors were to buy its stock now. 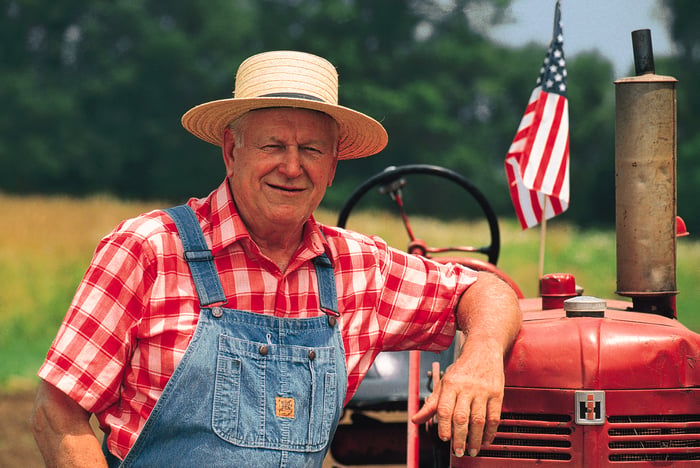 Commodity prices may have the retailer in high cotton

Although Tractor Supply bills itself as the biggest rural lifestyle retailer with 1,800 stores across the country, it's not an agricultural state play -- for good or ill -- because its target customer is not the big farm conglomerates or commercial farm interests. Rather, it's the casual hobby farmer with some property and maybe a two- or three-acre garden that is shopping its stores.

That might mean lower big-ticket item sales but a more steady stream of orders. It also means agricultural commodity prices doesn't have as large an impact on its business as it might otherwise, though corn and certain grain harvests certainly can influence results.

At the end of the second quarter in late June, Tractor Supply was looking for the impacts in the back half of the year to be relatively similar to what it experienced in the front half, which was about 50 basis points of commodity inflation, but corn prices took a nose dive in August as a bumper crop caused the grain to suffer one of the largest year-over-year price drops (10%) it's seen in several decades.

That may help boost sales going forward, and with livestock and pet consumables accounting for 47% of total revenue, it should boost the top and bottom lines.

Tractor Supply is also in the midst of an expansion program. Having recently opened its 1,800th store, it expects it will be able to hit its goal of 80 new store openings this year.

That makes the retailer something of an anomaly in the market, as retailers generally are closing locations. Analysts believe as many as 12,000 stores could close nationwide, or over twice as many as the number that closed last year.

Yet Tractor Supply also ran into some execution problems in opening stores this year, and that put the retailer behind schedule. Although it believes it's back on track and has corrected the problems it faced, the shift in new store opening timing to the second half of 2019 means there will be a top-line hit.

It's accounted for the delay in its guidance for the rest of the year, which hasn't hurt the upper end of the ranges it provided, and even on the bottom end, it was still able to firm up and actually raise those figures.

Revenue is now expected to grow 6% to 7% for the full year on 3% to 4% increase in comps with earnings per share in a range of $4.65 to $4.75, a 7% to 9% rise from last year. Tractor Supply also pays a dividend of $1.32 per share annually, which currently yields a respectable 1.5%. The rural lifestyle retailer has raised the payout for nine straight years. 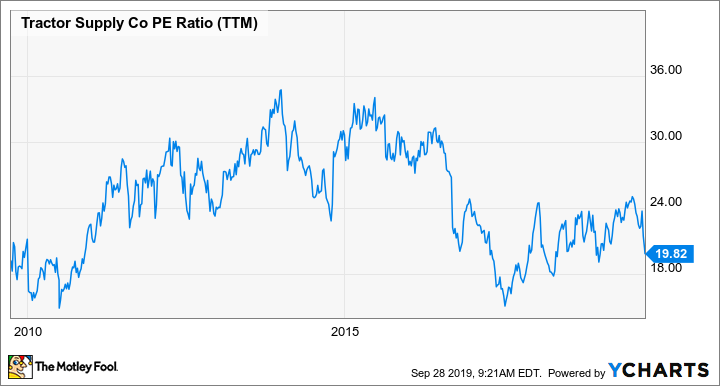 Tractor Supply trades at 20 times trailing earnings, and 17 times this year's estimates. Because its historical annual price-to-earnings ratio has tended to be in the mid-20s range over the past decade, it suggests there is substantial upside potential for the stock, especially due to the business being solid.

While the executive search may cloud its prospects a bit, the CEO has agreed to stay on till a successor is found and then help with the transition. At its current discounted value, Tractor Supply looks like a buy.