Match Group (NASDAQ:MTCH) has a big problem, and it's not just that the Federal Trade Commission is suing the online dating site for fraudulent practices.

Even if the allegation that as many as 25% to 30% of Match's profiles are fraudulent and being used to perpetrate scams is exaggerated, it is damaging to Match's reputation, and that could cause new members to hesitate to sign up. 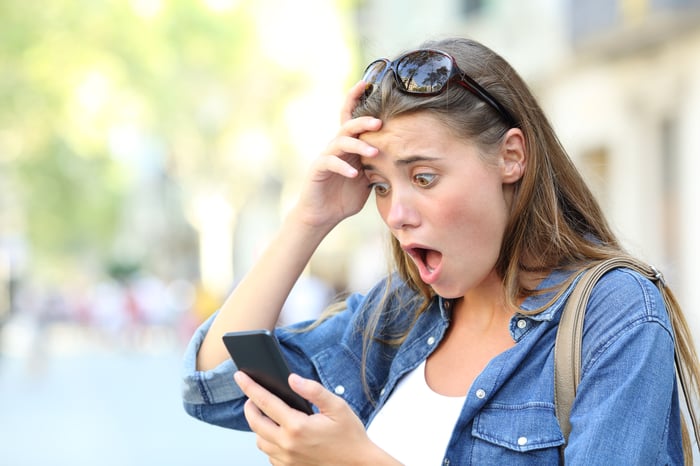 There are doubts that Facebook's (NASDAQ:FB) new dating app can really get off the ground because of the numerous ways the social networking site has been accused of violating members' privacy. Even though the services are being kept separate, many people may have reservations about how their privacy will be safeguarded.

Knowing that a quarter or more of Match profiles may be fraudulent, and part of attempts "to perpetrate scams, including romance scams, phishing schemes, fraudulent advertising, and extortion scams," in the words of the FTC, is going to make many think twice about turning over sensitive personal data to the site.

Jeffrey Tinsley, CEO of MyLife, a service that offers dating site subscribers background checks of potential dates, says, "Online dating can be a minefield of 'catfishes,' who are hiding by fake personas and can often have ill intentions."

The fraudulent nature of the allegations is certainly bad enough, but that's not the least of the complaint against Match. The regulatory agency also alleges not only that Match knew these accounts were fraudulent and had flagged them as such, but that it continued using the accounts to spark interest in potential subscribers to get them to sign up and pay for the service.

If you're not subscribed to the service, you have limited ability to interact with other users, so if Match is sending you messages that a potential romantic interest is interested in you, the only way to contact them would be to subscribe.

The complaint alleges Match knew many of the accounts were trying to scam members, but forwarded the messages to potential customers anyway. It reads, "In some months between 2013 and 2016, more than half of instant message initiations and favorites that consumers received originated from accounts that Defendant identified as 'fraudulent,' meaning that Defendant determined the Match.com user was likely to be perpetrating some form of scam."

The solicitations were apparently successful. The FTC says that while Match would withhold messages from possible fraudulent accounts from people who were already subscribed as it checked into the veracity of the profiles, it allowed the messages to go through to those who had not yet joined. Match's own analysis found that almost half a million people subscribed to the service within 24 hours of receiving a notification, and nearly 90% of the accounts it flagged were determined to be fraudulent.

The agency goes on to charge that Match also offered potential customers a six-month extension to their membership if they signed up for a six-month paid subscription at $20 per month and were unable to find a match.

What the FTC says it neglected to mention conspicuously enough was that subscribers had to initiate or respond to at least five unique Match members every month, as well as following numerous other rules.

Ready to fight back

Match Group rejects the suggestion that it has done anything wrong. As my colleague Leo Sun notes, the investigation into the allegations has been going on for two years, and Match rejected an opportunity last year to settle the case for $30 million and a promise to change its processes.

While the direct financial hit Match Group will suffer if it loses the case is really de minimis to its total revenue, the impact on its reputation and future ability to attract customers could be far more damaging.

MyLife's Tinsley recommends individuals protect themselves. In an emailed statement he said, "When online, peer-to-peer, services don't explicitly tout a background and online reputation check on their platform, consumers should do their own due diligence and use additional platforms that provide these checks to ensure safer interactions."

The opening the competition needs

Certainly Facebook has managed to thrive for years despite numerous and sometimes high-profile instances of member privacy being compromised, and maybe Match will, too. People have short memories, and because it virtually owns the online dating world across its various brands, it is the place most people turn to first to try to find a partner.

Yet with Facebook itself getting into the game, this alleged breach of faith could be the match it needs lit under its service to turn it into a growth stock again.