Please ensure Javascript is enabled for purposes of website accessibility
Log In Help Join The Motley Fool
Free Article Join Over 1 Million Premium Members And Get More In-Depth Stock Guidance and Research
By Jason Lee – Nov 3, 2019 at 9:30AM

With an FTC lawsuit, new Facebook competition, and strong past growth to match or exceed, get ready for a show on Wednesday.

Match Group (MTCH) has had its share of newsworthy occurrences this year. The company that specializes in dating apps is currently dealing with an active lawsuit, made major changes to its international management team, and scored big with growth in previous quarters. It is set to announce Q3 earnings on Wednesday, and investors are hoping to learn a lot about whether they should continue to swipe right on the stock.

Let's get you ready for your earnings date with the company most famously known for the Tinder dating app. 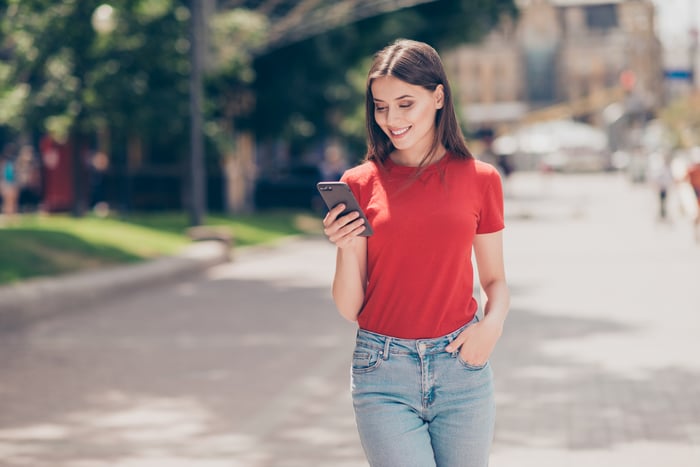 In late September, I addressed some of the reasons investors should be interested in Match Group, with a lot of emphasis on Q2 growth. The company saw Tinder downloads up 60% in Japan, Pairs Engage (a marriage-focused app) downloads up 33%, and 700,000 OkCupid downloads in India, making it one of the top five most downloaded apps in that country. In North America, Match Group has seen six consecutive quarters of year-over-year revenue growth with its OkCupid brand.

Investors should be looking for continued growth, especially in the Asian markets. The growth in that region may be fueled by the company's leadership restructuring targeting global expansion. Q2 reporting came in August, only four months after the management changes were announced. While results are possible in that period, a more accurate assessment of the new management will come this November, a full seven months after the change.

Additionally, Match Group highlighted a long list of technological upgrades to its products, including but not limited to the following:

Growth numbers released in the upcoming report should indicate the success of these upgrades and changes.

Will the lawsuit be addressed?

Those following the stock closely are probably aware that the Federal Trade Commission (FTC) is actively suing Match Group, claiming the company "unfairly exposed consumers to the risk of fraud and engaged in other allegedly deceptive and unfair practices." Specifically, the suit is against the Match.com brand. Match.com allows users to create free accounts and browse other singles' profiles. If another user sends a message, Match will inform the recipient the message exists but require them to purchase a subscription to read the message. The suit claims that the company was sending these notifications to entice unsubscribed users when Match knew the messages were coming from accounts already flagged as potentially fraudulent.

Look to see if the company addresses this issue in its investor presentation or earnings call, which is scheduled for 8:30 a.m. EST on Nov. 6, 2019. While any mention most likely will be shrouded in a positive spin, hopefully, investors at a minimum can get a better picture of the potential effect of the lawsuit on the company's financials.

Earlier this quarter, Facebook launched its own online dating app, Facebook Dating. The entrance of a competitor with deep pockets and an already established user-base of 2.41 billion global users into the marketplace drove Match Group stock down 12% in the first week following the launch. Investors should look to see if the company addresses the new competition and what impact it might have on their future growth and success.

While some earnings reports contain little to look forward to, this is not the case with Match Group. With the FTC lawsuit, the release of Facebook dating in the U.S., international management changes, and impressive growth numbers to live up to all in play, investors should be excited to get concrete answers.