The Magic Kingdom gets more expensive every year, but visitors spend money anyway.

Investors have been exuberant over Walt Disney's (DIS -5.24%) prospects ever since the company unveiled its new streaming services in April, including the much anticipated Disney+. Disney+ won't launch until Nov. 12, but investors are already looking ahead to the gravy train of profits Disney is set to earn over the long term, as the House of Mouse brings all of its entertainment franchises under its new streaming service.

The stock is up about 11% since the official announcement of Disney+, but it's not too late to jump on board. Disney has tremendous growth potential stemming from its valuable entertainment properties and its ability to raise prices at its theme parks, as well as the new streaming services.

Here are three reasons Disney stock is still a buy. 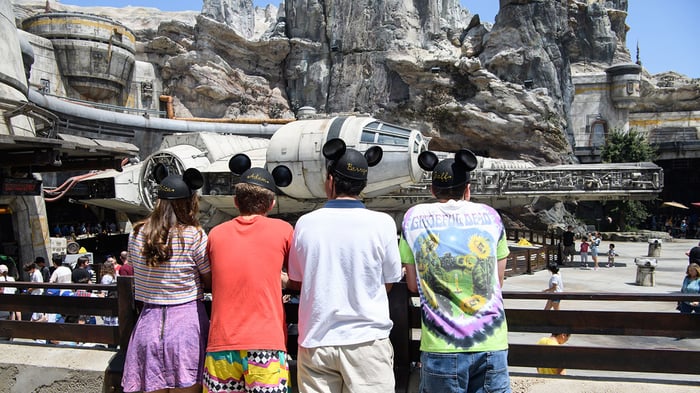 Companies can have a competitive advantage based on several factors. Disney estimates it has over 1 billion fans around the world, which is a significant advantage. The pull of Disney's classic films and characters -- not to mention the insatiable demand for everything Star Wars and Marvel -- allows the company to consistently raise prices at its theme parks. It's the ability to raise prices that is perhaps Disney's greatest competitive advantage.

Pricing power is one of the best qualities to look for in a business. Here's a quote from legendary investor Warren Buffett discussing the importance of pricing power from a 2010 interview with the Financial Crisis Inquiry Commission:

The single  most important decision in evaluating a business is pricing power. If you've got the power to raise prices without losing business to a competitor, you've got a very good business. And if you have to have a prayer session before raising the price by a tenth of a cent, then you've got a terrible business. -- Warren Buffett

Disney has raised prices at its theme parks every year over the last decade. The last year it didn't raise prices was fiscal 2009, when the economy was coming out of a recession. Since then, the parks and resorts segment -- a $20 billion annual business -- has doubled revenue and tripled its operating profit. Disney typically raises prices for tickets, food, and merchandise, which drives higher revenue from guest spending. At Disney, price increases are not the result of a prayer session; they are an annual ritual.

Disney's theme parks keep drawing crowds because the company is very good at leveraging the popularity of its movies with new attractions. The latest new attraction seeks to tap into the soaring popularity of the Star Wars franchise. During the fiscal third-quarter conference call, CEO Bob Iger said that guest satisfaction and interest in the new Star Wars: Galaxy's Edge is "extremely high."

However, it might take a while for visitors to get used to the latest round of price increases. The parks and resorts business reported a 3% decline in attendance last quarter based on several factors. Some folks stayed home anticipating the lines would be too long to see Galaxy's Edge. Plus, hotels in the Anaheim area raised their rates to take advantage of the demand. On top of that, Disney raised its prices substantially.

But the recent quarter highlighted why pricing power is such a huge advantage for Disney. Despite the decline in traffic at domestic parks, per-capita guest spending increased by 10%. Higher prices for tickets, food, beverages, and merchandise contributed to a 7% increase in revenue for the parks and resorts business in the fiscal third quarter.

Iger expects it will take time for the market to adjust to the higher prices, and when it does, he fully expects attendance to pick up. Disney is going to make a lot of money off the new Star Wars attractions. That's why Disney just opened a second Galaxy's Edge at Disney World in Orlando and is opening a new ride -- Star Wars: Rise of the Resistance -- in December.

When a business can consistently raise prices, it's able to keep margins up. Disney is enormously profitable across all operating segments, including media networks, parks and resorts, studio entertainment, and consumer products and interactive media. The media segment (Disney's largest) has had issues in recent years (e.g., cord-cutting), but thanks to the performance of the studios and theme parks, Disney has become even more profitable over the last 10 years, with its operating margin improving from 18.5% in fiscal 2009 to 26.4% in fiscal 2018.

It's fairly obvious the acquisitions of Lucasfilm (2012) and Marvel Entertainment (2009) had a lot to do with the margin improvement. Those deals infused Disney with the most valuable content in the entertainment industry, enhancing the company's ability to raise prices, pack theaters, and sell $200 custom lightsabers at the new Galaxy's Edge at Disney's Hollywood Studios. Who wouldn't want one of those? 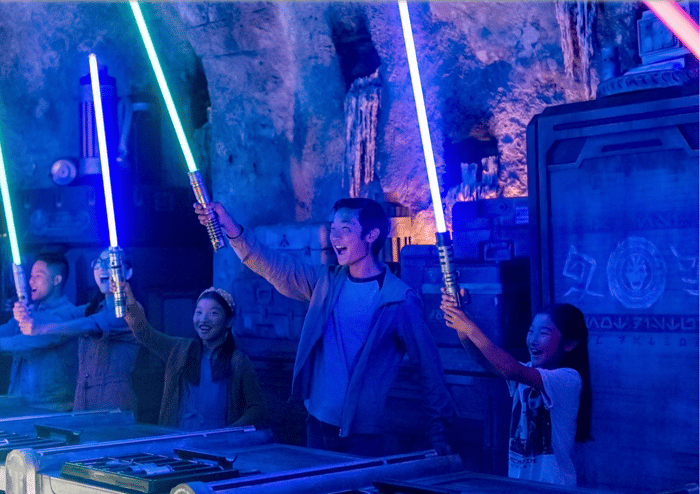 Since 2009, Disney has released 22 films across the Marvel and Star Wars universe, with each film averaging around $1 billion in box office receipts -- an impressive feat to say the least. It's no wonder Disney's studios segment is the most profitable in Hollywood, with an operating margin hovering around 29% in recent years.

The success of the studios segment has carried over to theme parks and digital media. Disney has been very successful licensing its content in video games, toys, and merchandise. Between fiscal 2011 and fiscal 2018, the consumer products and interactive media segment saw operating margin improve from 12.6% to 35%.

Disney's margins will be pressured in the short term as management invests heavily in content for Disney+, but Morgan Stanley expects the growth in digital streaming to nearly double Disney's earnings over the next five years. The appeal of the Star Wars and Marvel content, not to mention the entire Disney film catalog available exclusively on the service, should attract millions of subscribers. But don't be surprised if Disney+ overtakes Netflix down the road.

The stock has spiked about 11% since the official unveiling of Disney+ in April of this year. But the stock still looks like a buy, trading at a forward price-to-earnings ratio of 22 times next year's earnings estimates.

Disney has significant growth opportunities in digital streaming, where it could juice margins by raising prices. A subscription to Disney+ is relatively low at $6.99, but as more exclusive content is added to the service, look for Disney to flex its pricing power over time. If Netflix can get away with it, Disney certainly can.

Pricing power combined with Disney's franchises is a potent combination. With that said, Disney could be the right stock for those looking for growth without paying high valuations for other tech stocks.