Netflix (NASDAQ:NFLX) must have been expecting this for quite a while. Consumers certainly have been. Ever since Disney (NYSE:DIS) acquired the bulk of Twenty-First Century Fox's assets in a blockbuster deal, it was clear that a service like Disney+ would come along. It was inevitable that Netflix would lose shows like its Marvel series (Marvel Studios is now a part of Disney) as Disney would use properties like Marvel and Star Wars to launch its own streaming service.

But there aren't many ways to prepare for something as transformative as a company with the combined assets of Disney and Fox entering the streaming business. Thus Netflix and its investors should be worried. There are at least four major reasons why Disney+ could surpass its rival in subscribers. 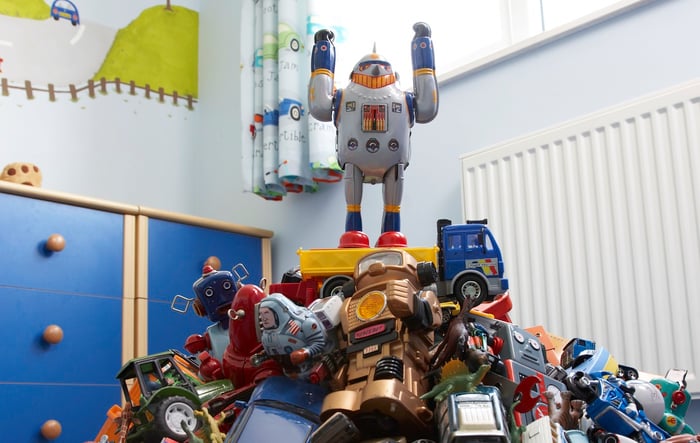 Let's start with the obvious: Disney has an incredible number of big-name movies and shows that it can drop into its streaming service. Disney was making movies 74 years before Netflix started putting DVDs in the mail. In a business where content is the whole point, that's a massive advantage.

And this is particularly true because Disney's gain is often Netflix's loss. Before Disney acquired Twenty-First Century Fox and created Disney+, some of Disney's own movies, including huge hits like The Avengers, were licensed for streaming by Netflix. Those movies are on their way out Netflix's door now, as are some other big titles from other content companies planning streaming services of their own -- for instance, Comcast will bring home The Office in 2021 to its own streaming service.

The Disney name has incredible brand power. In its 2019 list of the the world's most valuable brands, Forbes puts Disney at No. 8, giving it a "brand value" of $52.2 billion and brand revenue of $33.8 billion. People know Disney, they know its movies, and they know its characters. While Disney+ is technically a new brand, it still contains one of the most-recognizable names in entertainment and that's going to attract subscribers.

Disney+ is going to have fewer titles than Netflix, but it will also have a lower price tag ($6.99 per month), which could be very appealing in a market that's going to offer viewers more and more choices.

However things shake out, lower price points seem to be the right move. Not all new services are acting on that assumption (HBO Max's rumored price of $15 per month is particularly eyebrow-raising), but Disney+ is. On top of that, it's offering a bundle of Disney+, Hulu, and ESPN+ that costs exactly the same as Netflix's most popular plan. And when you include the discount Disney is giving customers right now in exchange for a long-term commitment, it all adds up to a pricing problem for Netflix.

Netflix's strong stable of original content is a result of one of the company's best ideas. Original content provided cost-effective entertainment that wouldn't require steep licensing fees forever, and it also helped prepare the company for the arrival of these content-rich competitors and the loss of licensed shows that has come with it.

But Disney+ will have original content, too -- and a big advantage. It is leveraging brands like Marvel and Star Wars to create original series that have an audience in waiting. This doesn't mean that The Mandalorian (a "space Western" set in the Star Wars universe) will be as good as Netflix's Stranger Things, but it sure helps hype up viewers for shows that they haven't seen yet.

Netflix can try to secure the rights to beloved brands and characters in order to reach fan bases that have been around longer -- in fact, it has already done so with its prequel series to 1982's The Dark Crystal, among others -- but Disney is sitting on a century's worth of hot commodities. Coming up with appealing shows and movies is all too easy for it, and that's just one more reason that Netflix should be worried.