Investors have had concerns about McCormick's (NYSE:MKC) business in 2019 as the spice and flavorings specialist works to establish a steady growth pace following its massive acquisition of the French's and Frank's condiments brands. That buyout has helped boost profitability while keeping McCormick near the top of the packaged foods niche. However, sales gains appear to be slowing from management's long-term 4%-6% target.

This week, the consumer staples giant confirmed that it will likely miss that goal in 2019. Yet McCormick is still on pace to post market-thumping sales growth and rising profit margins. 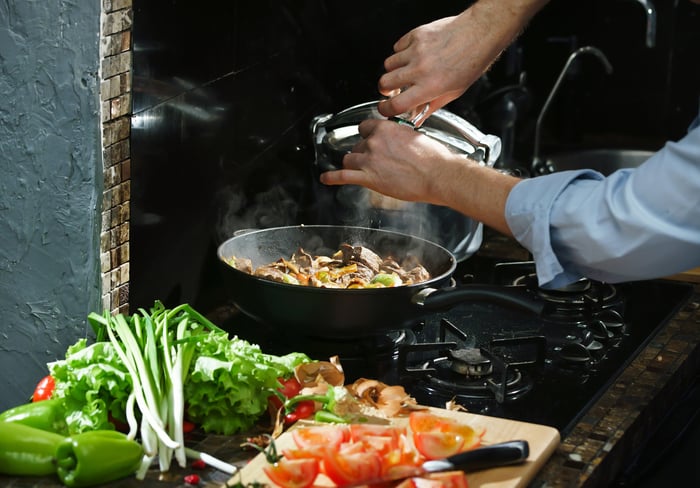 CEO Lawrence Kurzius and his team suggested last quarter that sales growth might speed up in the second half of the year, but that didn't happen in Q3. Instead, revenue gains landed at 2% after accounting for currency exchange rate shifts compared to 3% in fiscal Q2. Not only does that represent a deceleration, but it's also below management's wider 2019 prediction from July that forecast gains of between 3% and 5%.

As expected, the U.S. consumer segment saw a lift from improving weather conditions and the late start to grilling season. However, McCormick noted pressure from weak pricing at home that kept growth at 3% to mark just a modest uptick compared to the prior quarter's 2% growth.

The bigger factor in the slowdown was the 2% sales decline in the flavor solutions division. That slump appears to be temporary issue, though, as management said it was driven in part by the timing of retailer stocking moves and the launch of a new storage warehouse. "Demand from our flavor solutions' customers remains strong," Kurzius said.

There was plenty of good news on the financial front even though price boosts moderated this quarter. McCormick launched several popular new products, expanded distribution for its French's and Frank's condiments, and slashed costs.

These moves allowed gross profit margin to rise by a full percentage point and pushed operating margin up by 1.7 percentage points. As a result, operating income grew 9% to $261 million after adjusting for one-time charges. Reported earnings grew even faster – up 14% -- thanks to reduced taxes.

Still bullish about the future

The lower tax burden has helped management dedicate more cash toward paying down the debt it took on to fund its French's and Frank's acquisition. After extinguishing over $200 million of those bonds this quarter, the company is in a good position to begin hunting for new buyouts or to resume stock repurchase spending as early as 2020.

As for the near future, McCormick sees earnings rising at a faster pace than originally predicted thanks to a surprisingly low tax rate. Sales growth will now land between 3% and 4%, executives say, which constitutes a slight downgrade from the prior target of between 3% and 5%.

From there, investors are hoping that the portfolio moves McCormick is making over the next few months, including ramping up advertising support and brand launches around the key holiday cooking season, will position the company to start climbing back toward its 5% annual growth goal beginning in 2020. Yet even if the company falls short of that ambitious target, it's likely that adjusted earnings will continue expanding at an almost double-digit rate.