Microsoft (NASDAQ:MSFT) hosted its fall hardware event this morning, showing off a slew of new devices, including a new set of true wireless earbuds called Surface Earbuds. Rumors of Surface-branded earbuds arose earlier this year. The announcement comes a year after the enterprise software giant unveiled Surface Headphones, a set of premium over-ear headphones with adjustable noise-cancellation technology, and a week after Amazon.com (NASDAQ:AMZN) revealed its Echo Buds.

Of course, Apple (NASDAQ:AAPL) is credited with creating the hearables market with its popular AirPods. Here's how Surface Earbuds stack up against the competition. 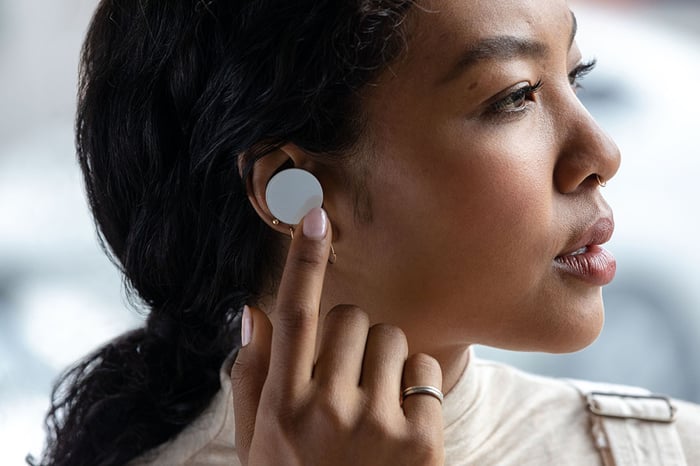 The Surface Earbuds are designed with two microphones built into each earbud to take phone calls and facilitate voice dictation. There's a carrying case that also charges the earbuds, which allows them to get 24 hours of battery life when including the juice inside the case. Each bud has a touch surface that can register various taps and gestures, which can be used to perform functions such as control Spotify on Android phones. Users can access Cortana or other virtual assistants, too.

In other words, Surface Earbuds are pretty much everything that you'd expect from a set of wireless earbuds in 2019. But there's a twist: Surface Earbuds integrate with Microsoft Office. The company is pitching Surface Earbuds as a productivity tool. They can transcribe speech into a Word document, control PowerPoint slideshows with gestures, access Outlook calendars, and translate languages in real time, among other features. 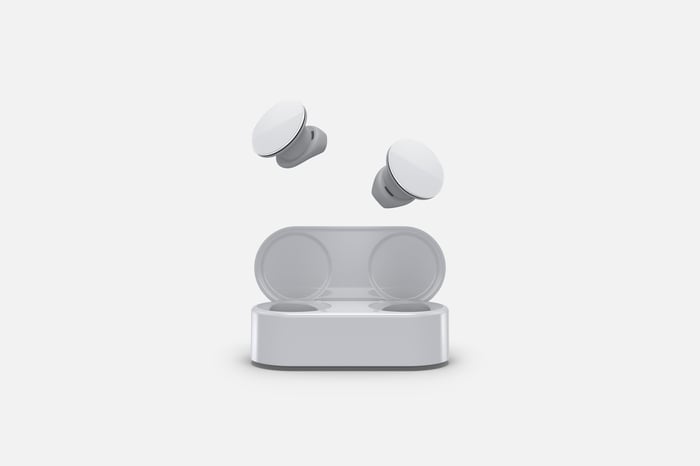 Surface Earbuds are priced at the high end of the spectrum at $249 and will be available later this year. That puts them at a premium relative to both AirPods ($159 without the wireless charging case) and Echo Buds ($130), with Microsoft clearly hoping that the productivity features can justify the added cost for enterprise users.

Alphabet (NASDAQ:GOOG) (NASDAQ:GOOGL) subsidiary Google is next. The search juggernaut is hosting its own fall product event on Oct. 15 to show off its Pixel 4, and Google is also expected to unveil Pixel Buds 2, according to 9to5Google. They will be the company's first true wireless earbuds (the first Pixel Buds don't qualify as truly wireless because they are tethered together).