Shares of United Natural Foods (NYSE:UNFI) stock are collapsing in morning trading Wednesday, down 25% as of 11 a.m. EDT after the natural, organic, and speciality-foods distributor whiffed on earnings last night and issued disappointing guidance besides.

United Natural reported "adjusted" earnings per share of $0.44 for its fiscal fourth-quarter 2019 versus analyst expectations of $0.52 per share, as reported today by TheFly.com. Sales for the quarter -- $6.41 billion -- fell just short of analysts' estimates of $6.42 billion. 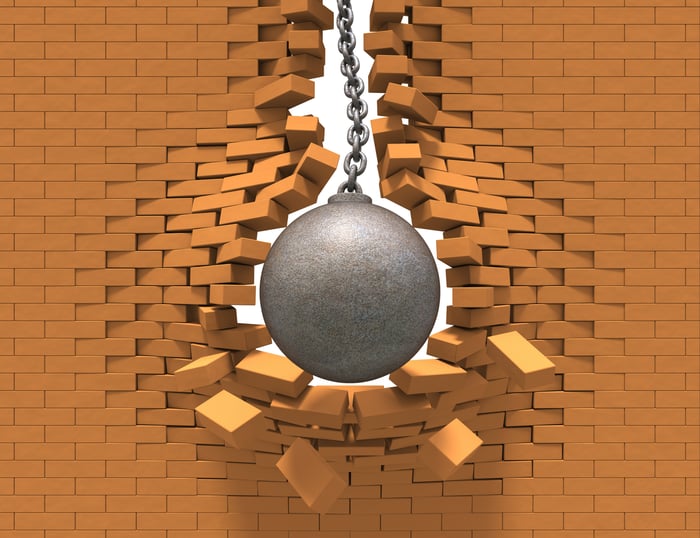 United Natural Foods may have earned $0.44 after taking out charges related to goodwill impairments on the company's purchase of SUPERVALU, as well as various restructuring charges. Actual earnings, as calculated according to generally accepted accounting principles (GAAP), however, show that United Natural actually only earned about $0.36 per share, GAAP, a 44% decline from this quarter last year.

Oh, and for the full year, United Natural booked a $5.56 per-share GAAP loss.

Issuing new guidance for fiscal 2020, United Natural says it will probably earn pro forma profits of only $1.22 to $1.76 per share. At the midpoint, that's $1.49 per share, which falls far short of the $1.66 per-share pro forma profit Wall Street wanted to see. And for revenues, United Natural says it will book between $23.5 billion and $24.3 billion -- the entire range of which falls short of Wall Street's expected $24.34 billion.