Management displayed confidence that the snack and beverage titan will meet or exceed core growth targets this year.

Consumer staples conglomerate PepsiCo (PEP 0.63%) continues to defy gravity in fiscal 2019 -- at least its sales continue to do so. For a consumer packaged goods (CPG) leader, "gravity" can be loosely defined as annual organic revenue growth of 1 to 2 percentage points -- that's the level of expansion most of PepsiCo's peers have been confined to over the last few years.

In fiscal 2019, PepsiCo has averaged 4% organic top-line growth and revealed as much for the third quarter in results released Thursday before the markets opened. Investors were suitably impressed, bidding up shares by roughly 4% by midday, despite a volatile session for major stock market averages. As we review the last three months below, note that all comparative numbers refer to the prior-year quarter.

Here's a snapshot of the third quarter: 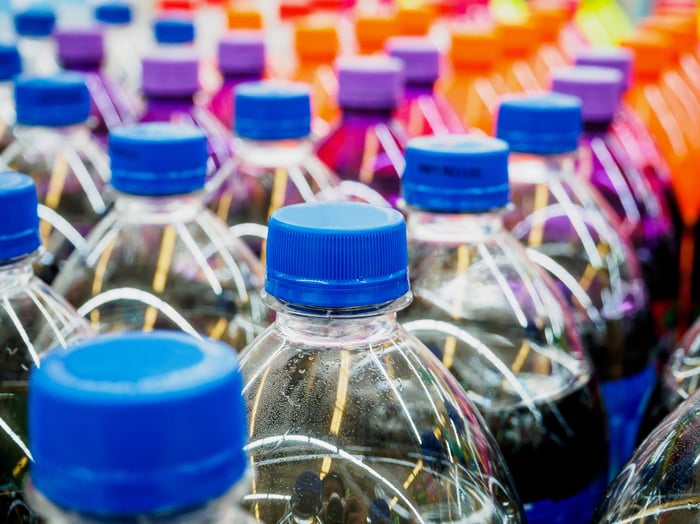 Backed by strong results, CEO Ramon Laguarta conveyed optimism to shareholders in the company's earnings press release as he looked to the upcoming quarters. In addition to PepsiCo's strategic pricing, Laguarta outlined other factors behind the company's sales and earnings momentum:

We are pleased with our results for the third quarter. While adverse foreign exchange translation negatively impacted reported net revenue performance, organic revenue growth was 4.3% in the quarter. We are making good progress against our strategic priorities and our businesses are performing well as we continue to make the necessary investments in our capabilities, brands, manufacturing and go-to-market capacity to propel our future growth. Given our performance year-to-date, we now expect to meet or exceed our full-year organic revenue growth target of 4%.

As for the full-year target Laguarta mentions, PepsiCo is coasting along after three quarters, having booked an organic revenue growth rate of 4.6% against the comparable period in fiscal 2018. Thus, the organization simply needs to maintain current performance to finish at 4%-plus for the year.

Similarly, the company still expects to meet its full-year cash flow generation goals, which call for ample cash from operations of $9 billion, and free cash flow of $4.5 billion. All of this free cash flow will be returned to shareholders to meet a year-end target of $8 billion allocated between dividends and share repurchases. So far, investors have warmed to an equation of revenue growth alongside healthy shareholder returns: PepsiCo's stock is up nearly 30% year to date on a total return basis.