If Pepsi (PEP 0.98%) investors were worried about a potential growth slowdown in the second half of fiscal 2019, the recent third-quarter earnings report removed that concern. Pepsi announced surprisingly strong sales gains that kept the consumer staples giant on pace for accelerating growth for the year.

In a conference call with Wall Street analysts, CEO Ramon Laguarta and his team discussed the detailed Q3 results while explaining where they see the business going from here.

Let's look at a few highlights from that presentation. 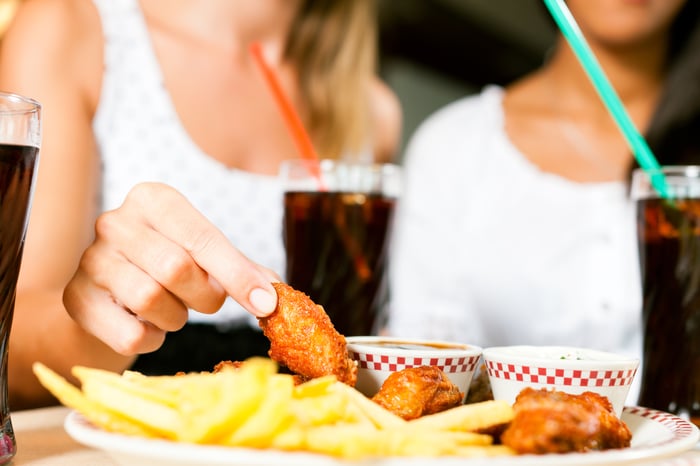 Our top priorities entering 2019 were to accelerate our full-year rate of organic revenue growth and to position the business for sustained future growth, and we have good evidence that we've made solid progress on both fronts.
-- Laguarta

Pepsi had warned investors back in July to expect weaker sales growth over the next six months as it lapped an especially strong year-ago period. Instead, both its core snack and beverage divisions sped up slightly.

There's still room for improvement, especially in the soda segment that is growing at a 3% rate today compared to almost 6% for chief rival Coca-Cola (KO 0.59%). Yet the rebound is impossible to miss given that Pepsi's organic sales are up 4.6% over the last nine months compared to a 3.4% increase for the same period last year.

Becoming faster is about winning in the marketplace, being more consumer-centric, and accelerated investment for top-line growth.
-- Laguarta

Pepsi's profit margin declined as the company spent more cash on initiatives that management sees as crucial to laying the groundwork for faster growth. Advertising spending is up 12% so far in 2019, for example, and the company is investing heavily in adding manufacturing capacity, improving its distribution network, and sprinkling consumer shopping spaces with new merchandising racks and coolers.

Executives expect the elevated spending to result in a 1% decline in core earnings this year, compared to sales growth that's on pace to land at around 4%. But they see a concrete return on those investments, saying they're "providing benefits across the brand portfolio" by accelerating revenue gains and powering market share wins.

Given the strength of our year-to-date performance and the solid momentum we're seeing in the business, we now expect to meet or exceed our 4% organic revenue growth target for the full year.
--Laguarta

Pepsi shifted the tone of its outlook in this report. Rather than predicting a slowdown as 2019 comes to a close, the company is now saying that it expects to meet or exceed the 4% goal management set at the start of the year.

Executives discussed a few initiatives that they are excited about as they look ahead to 2020, including data analytics programs that are allowing Pepsi to get far more granular with its marketing and pricing. The beverage business could continue building momentum through innovative releases like the popular new Gatorade Zero brand. And the e-commerce channel has lots of potential as it approaches $2 billion of revenue this year.

The biggest factor fueling growth appears to be the snack food industry, which is supporting the fastest growth in Pepsi's Frito-Lay business in a decade. Pepsi is driving that expansion and, as the market leader, is the biggest beneficiary of its growth at a time when many other consumer packaged food specialists are struggling with near-flat sales.