Shares of the 3D printing company significantly outperformed the market last month, but investors shouldn't get too excited. 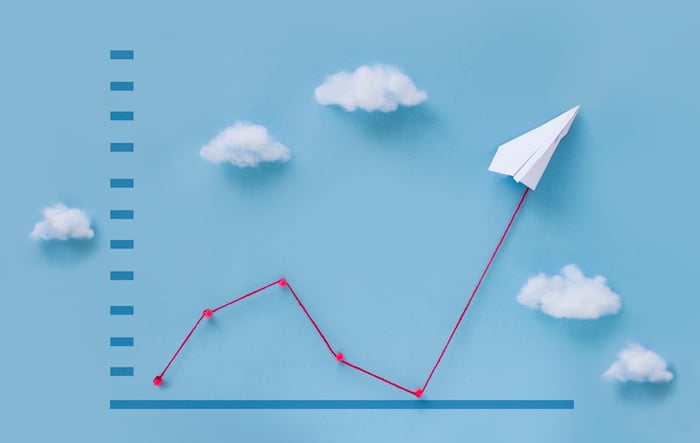 There seems to be no company-specific news behind 3D Systems stock's upward move last month. It seems probable that its rise is simply a partial bounce back after it got clobbered in August. Shares plummeted 22.4% in that month, which we can largely attribute to investors' displeasure with the company's second-quarter results. It's likely that some investors thought that pummeling was somewhat overdone.

As for 3D Systems' Q2 results, its revenue fell 10.9% year over year to $157.3 million, which included a 27% drop in 3D printer sales. Adjusted for one-time items, its earnings per share (EPS) came in at breakeven, down from $0.06 in the year-ago period. Wall Street had been looking for an adjusted loss of $0.04 per share on revenue of $160.7 million. So the company fell short on the top line but beat on the bottom line.

Investors shouldn't read too much into 3D Systems stock's September move as it doesn't seem to be based on anything material. Material news, however, is on the near-term horizon.

The company is slated to report its third-quarter results on Wednesday, Oct. 30, after the market closes. For Q3, Wall Street is currently expecting revenue to decline 8.1% year over year to $151.3 million and modeling for an adjusted loss of $0.05 per share, down from a gain of $0.02 in the year-ago period. For whatever it's worth, in the last two quarters, analysts' earnings projections have been off in a major way -- once way too high, once considerably too low.