Please ensure Javascript is enabled for purposes of website accessibility
Log In Help Join The Motley Fool
Free Article Join Over 1 Million Premium Members And Get More In-Depth Stock Guidance and Research
By Jeremy Bowman – Oct 4, 2019 at 8:16AM

Shares of Chewy (CHWY 1.22%) were getting sent to the doghouse in September after the high-flying online pet products seller posted an earnings report that didn't meet investors' lofty expectations. The company also got swept up in the broader sell-off in IPO (initial public offering) stocks.

As the chart below shows, the stock fell in several stages over the course of the month, though its earnings report on Sept. 17 prompted the sell-off that followed in the second half. 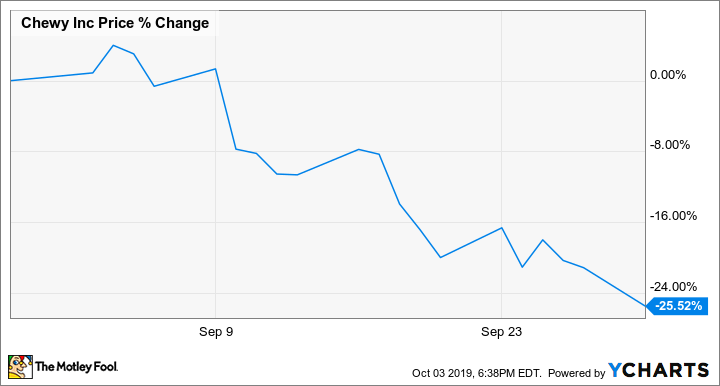 Chewy's first sell-off in the month came on September 10, when the stock fell alongside several recent high-priced IPOs and tech stocks. There was no specific news pushing that group of stocks down; rather, it seemed to be part of a market rotation out of growth stocks and into value plays like energy and retail stocks, perhaps due to worries about a recession.

The following week, Chewy released its second-quarter earnings report delivering strong top-line growth but another wide loss, causing the stock to fall 6% the next day. Revenue rose 43%, to $1.15 billion, topping estimates at $1.13 billion, and the company cut its adjusted earnings before interest, taxes, depreciation, and amortization (EBITDA) loss nearly in half, to negative $29.2 million. On the bottom line, the company reported an adjusted loss per share of $0.10, beating expectations by $0.01. 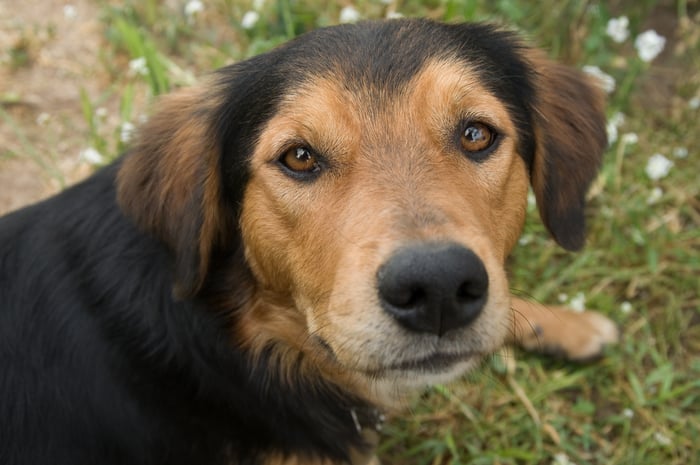 CEO Sumit Singh touted the company's strong revenue growth and said its gross margin expanded by 300 basis points. However, investors seemed to expect a bigger beat as the stock had surged on its IPO in June.

With the investing atmosphere shifting against high-growth IPO stocks, those figures weren't enough to please investors, and the stock continued to slump through the end of the month.

There's no question that the market has been excited about Chewy, as the stock surged more than 50% in its debut. However, after its September decline, the stock is now trading near its $22 IPO price.

In addition to Chewy's growth, the stickiness of its model is appealing as most customers get their products "autoshipped." Pet products are also a recession-proof industry.

However, the collapse of WeWork-parent The We Company has caused the tide to shift against growth stocks, and investors are looking askance at money-losing companies like Chewy that may struggle to turn a profit, given the challenges of the direct selling e-commerce model. In that environment, it may be difficult for Chewy shares to return to its post-IPO heights, barring exceptional growth or an unforeseen move by the company.

Is Chewy Stock a No-Brainer Buy?

Why Chewy Fell 11% in August

Is Chewy Stock a Buy?