You've probably heard plenty of stories about the advantages of founder-led companies. And for good reason. The founders of companies who stay on tend to have skin in the game, aligning their interests with those of shareholders. They also usually know very well the industries in which their companies operate. These factors often contribute to the stocks delivering great returns over the long run.

But a company doesn't have to be led by a founder for its stock to be a winner for long-term investors. Three great dividend stocks that aren't but have handily beaten the overall market in total return over the last five and 10 years are Abbott Laboratories (NYSE:ABT), Medtronic (NYSE:MDT), and Texas Instruments (NASDAQ:TXN). 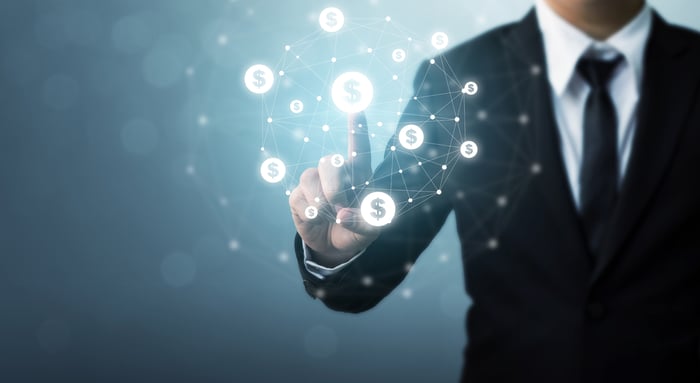 It would be a medical miracle for Abbott Labs CEO Miles White to have founded the healthcare giant. Abbott's history dates all the way back to 1888. But while White didn't found Abbott Labs, he has been with the company for 35 years and has served as its CEO since 1999.

Abbott has been a huge winner for investors during White's time at the helm. Those winning ways haven't stopped: Over the last five years, Abbott has delivered a total return including dividends of 118%, nearly double that of the S&P 500 during the same time period. White has also led the company to continue its remarkable streak of 47 years of consecutive annual dividend increases, securing a spot among the elite group of stocks known as Dividend Aristocrats. Abbott's dividend yield currently stands at 1.53%.

The company hasn't just received recognition from the investment community. Abbott ranked on Fortune's list of the most admired companies every year since 1984. And it has been the No. 1 most admired medical device company for each of the last six years.

Probably the biggest reason for Abbott's strong track record under Miles White's leadership has been the company's commitment to innovation. Abbott has invested in internal research and development as well as key acquisitions over the years. The company's innovation has led to tremendously successful products including the Freestyle Libre continuous glucose monitoring (CGM) system and the MitraClip medical device for treating patients who experience mitral valve regurgitation.

Medtronic was founded by two brothers-in-law, Earl Bakken and Palmer Hermundslie, in 1949. Current CEO Omar Ishrak didn't join the medical device maker until 2011. Like Miles White at Abbott, though, Ishrak has kept shareholder interests at the forefront.

Since Ishrak took over as CEO, Medtronic's total return has trounced that of the S&P 500. It's been a similar story over the last five years, with Medtronic delivering a total return of 95%. Ishrak has also prioritized the dividend program. This summer, Medtronic announced its 42nd consecutive annual dividend increase. Its dividend now yields nearly 2%.

During Ishrak's tenure, Medtronic launched multiple new products that contributed to the company's success. That trend is about to continue with Medtronic's plans to roll out its new robotic surgical system. Ishrak stated in the company's latest quarterly conference call that Medtronic expects to be the leader in the robotic surgical systems market and will be "the company who rewrites the way surgery is done in the next decade."

Ishrak won't be CEO of Medtronic over the next decade, though. He recently announced that he will retire effective April 26, 2020, and become the company's executive chairman.

Texas Instruments' roots date back to 1930 when a small oil and gas company was founded that ultimately became the technology giant we know today. CEO Rich Templeton began working at TI in 1980 and assumed the role of CEO in 2004.

A great CEO knows what to focus on and what not to focus on. Templeton led Texas Instruments in its acquisition of National Semiconductor and the company's efforts to become the leader in analog integrated circuits. But he also got it out of the wireless business, a move that enabled TI to direct its resources toward areas with greater potential for rewarding shareholders.

Texas Instruments might not be the most exciting tech stock on the market. But income-seeking investors are usually perfectly OK with less excitement as long as the dividends keep flowing. And with TI, the dividends are highly likely to keep on coming.