Facebook (NASDAQ:FB) is no stranger to controversy. Last year, the tech titan was embroiled in a major data breach scandal. This incident affected tens of millions of Facebook accounts, which obviously didn't sit well with the public at large.

While security concerns remain an issue for the Silicon Valley tech company, they have now taken a back seat to a more recent -- and potentially more damaging -- probe into its business activities. Government regulators launched an antitrust review of the tech giants that garner and control much of online traffic and communication. Naturally, the possibility that Facebook could face tougher antitrust treatment isn't good news, but what should Facebook's shareholders and potential investors think of this? 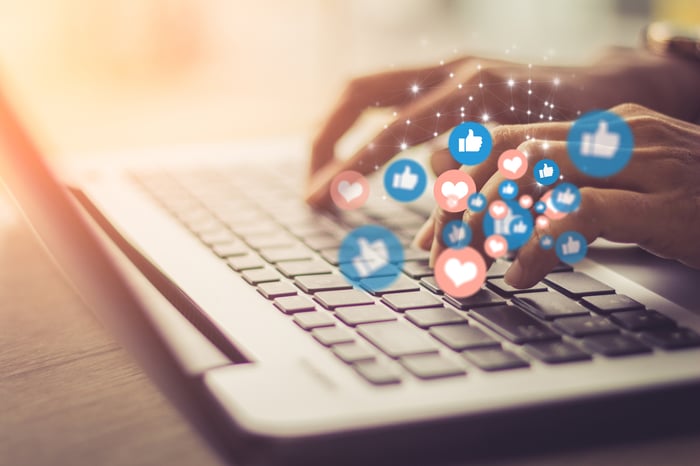 The reasons behind the antitrust probe

In late July, the Department of Justice formally announced a review of the business activities of "market-leading online platforms" in a press release. The goal is to investigate "whether and how market-leading online platforms have achieved market power and are engaging in practices that have reduced competition, stifled innovation, or otherwise harmed consumers." Although Facebook was not explicitly named in the press release, there was never any doubt that the social media giant was one of the companies at the center of this controversy.

Whether Facebook is indeed guilty as charged is for someone else to decide, but it is worth noting that this complaint isn't just smoke and mirrors. After all, Facebook owns Instagram, one of the largest social media platforms in the world, which it acquired back in 2012. The tech company also acquired WhatsApp in 2014, a messaging app that boasts millions of users worldwide. This market would certainly look different -- and a bit more competitive -- had these acquisitions never happened. Facebook even tried to acquire Snapchat in a move that would have reduced competition even more.

No one knows with certainty what will come of this antitrust review, but there are several possibilities. First, Facebook and its tech peers might have to pay huge fines. Back in July, the company was fined a whopping $5 billion -- the largest fine ever imposed on any company for violating privacy rights -- as part of a settlement with the FTC. It also had to adopt new privacy measures to protect users' information from another data breach.

Another possibility available to lawmakers is to break up these tech giants. At least one presidential candidate, Elizabeth Warren, has vowed to pursue this course of action if elected. However, this seems somewhat unlikely. Attempting to blow up Facebook and create two or more smaller companies from its ashes would involve a long and arduous battle in court.

Market competition aside, Facebook's troubles over the past year or so haven't had as big an impact as some might have anticipated. Sure, we've seen the occasional drop in the company's share price, a rise in social media campaigns against its platform, and a decline in consumer trust toward the business. Nevertheless, Facebook has recovered from all these woes relatively well. Year to date, the company's shares are up by over 30%. During the second quarter, the company's daily and monthly active users were both up by 8% year over year.

Even the $5 billion fine Facebook had to pay only represents about one quarter of its annual earnings. In short, Facebook seems to be largely unscathed, at least for now. One possible explanation for this apparent paradox is as follows: Facebook has become such an integral part of modern communication that a significant number of people are comfortable with the security risks it occasionally poses. And while the antitrust review presents a different kind of obstacle, nothing material has come of it just yet, and it doesn't seem like a verdict is forthcoming.

Things could certainly get rough for Facebook, and investors should keep paying close attention to how this probe develops. In particular, it will be interesting to watch as Facebook releases its earnings report toward the end of the month. But at the moment, the social media company seems to be A-OK.