Please ensure Javascript is enabled for purposes of website accessibility
Log In Help Join The Motley Fool
Free Article Join Over 1 Million Premium Members And Get More In-Depth Stock Guidance and Research
By Keith Speights - Oct 6, 2019 at 7:00AM

The short answer: Riskier than ever before.

Every major Canadian cannabis producer is gearing up for what has been dubbed "Cannabis 2.0." The next stage in the process by which that country is legalizing adult-use recreational marijuana will bring several new types of cannabis-derived products to the market.

Aurora Cannabis (ACB 11.34%) is as excited about those new opportunities as any of its rivals. The company has invested heavily in anticipation of the market for them officially opening this month, although sales of those products won't begin until after a required 60-day notification window that ends in mid-December.

But Aurora is making a big bet on one type of product for the Cannabis 2.0 market. How risky is this bet? 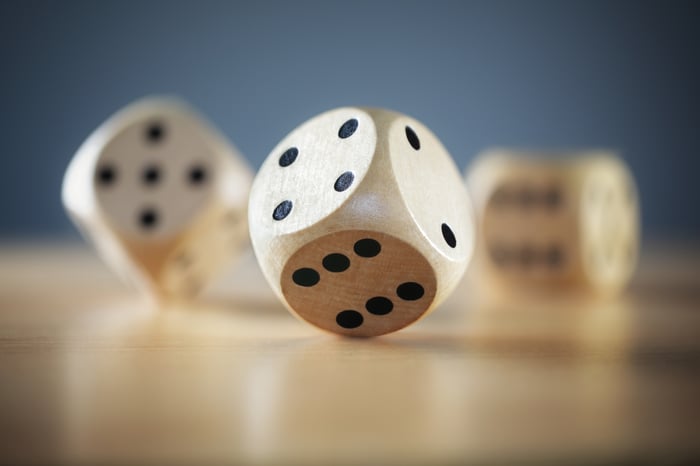 Some of Aurora's peers, notably including Canopy Growth and HEXO, have high expectations for cannabis-infused beverages. Aurora doesn't. Instead, it has mainly played up its soon-to-arrive opportunities in selling vape-related products.

In the company's fiscal 2019 third-quarter conference call in May, Aurora Chief Corporate Officer Cam Battley stated that he thinks that vapes will be "a terrific market segment that doesn't need a lot of market development." CEO Terry Booth chimed in that vapes, along with gummies, have been the best-selling cannabis derivative products in the U.S., and have achieved the highest profit margins.

Battley was asked in Aurora's Q4 conference call what percentage of investment the company has put into the different types of products it plans to launch in the Cannabis 2.0 market. He didn't provide details, but, in addition to edibles such as chocolates and mints, he noted that the company has "consistently indicated that we are looking at vapes."

But its decision to heavily emphasize vape products was made well before health concerns related to vaping became a major issue in the U.S. As of late September, more than 800 cases of lung injury linked to vaping had been reported to the U.S. Centers for Disease Control and Prevention (CDC) in 46 states and the U.S. Virgin Islands.

The CDC is continuing to investigate these incidents. However, the agency's latest findings are that 77% of the reported cases involved products that contained THC, the primary psychoactive ingredient in cannabis.

Aurora's executives were asked during the Q4 conference call if they were concerned that the Canadian government could hold up the sale of vaping products as a result of the health issues connected to them. Battley wouldn't engage in speculation, but acknowledged that the company would "have to abide by what regulators say."

Battley noted that there had been no reported cases of illnesses linked to vaping in Canada. That was true at the time, but it isn't now. There has been one confirmed case of lung illness associated with vaping reported in Quebec, along with an unconfirmed incident in Ontario that remains under investigation.

A task force consisting of federal, provincial, and territorial health professionals in Canada has been formed to develop an approach for reporting any other cases of health issues linked to vaping. The province of Alberta is currently reviewing its tobacco and smoking laws with a special focus on addressing the potential negative impacts of vaping.

Investing in marijuana stocks carries inherent risks, in large part because the industry is still at such an early stage of development. Anything that creates uncertainty only adds to these risks, and this vaping health scare is definitely creating uncertainty.

This issue could affect several Canadian cannabis producers that are hoping to boost their revenues by selling vaping products in the Cannabis 2.0 market. But no company has bet as heavily on vaping as Aurora has.

It's possible, of course, that the ongoing investigations could settle things down, and that the health concerns could evaporate. However, it's also possible that pressure could build for regulators to clamp down on vaping not only in the U.S. but in Canada as well. So far, that scenario seems unlikely. There's no question, though, that Aurora appears to be a riskier investment than ever.