Please ensure Javascript is enabled for purposes of website accessibility
Log In Help Join The Motley Fool
Free Article Join Over 1 Million Premium Members And Get More In-Depth Stock Guidance and Research
By Beth McKenna - Oct 7, 2019 at 8:15AM

The cybersecurity specialist had been a Wall Street darling since its June IPO.

Despite the drop, however, through Oct. 4, shares are still up 88% since the cloud-based cybersecurity provider's June initial public offering (IPO) at $34 per share. 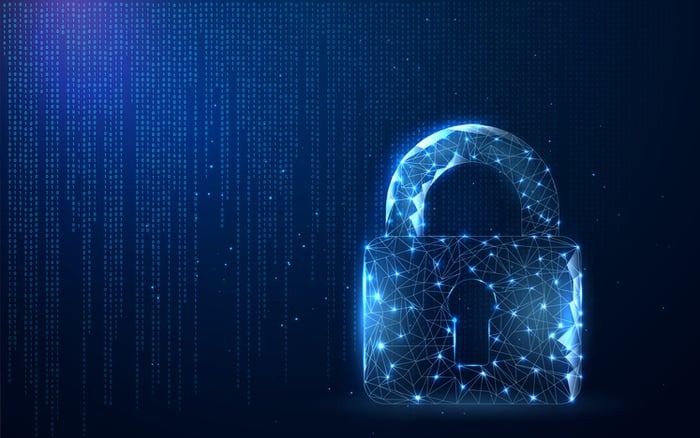 We can attribute CrowdStrike stock's drop last month largely to two catalysts: the company's release of its fiscal second-quarter 2020 results and a downturn among highly valued growth stocks in the tech space.

On Sept. 6, shares declined 12.5% following CrowdStrike's announcement of its quarterly results the prior afternoon. Results were strong and beat Wall Street's estimates and the same can be said of guidance. However, investors apparently weren't entirely satisfied. CrowdStrike stock is very richly valued, so investors want to see quarterly results and an outlook that they feel justifies the stock's lofty valuation.

In Q2, revenue soared 94% year over year to $108.1 million, with subscription revenue rocketing 98% to $97.6 million, while adjusted net loss narrowed 74% to $0.18 per share. Wall Street was looking for an adjusted loss of $0.23 per share on revenue of $103.8 million. So, CrowdStrike comfortably beat both estimates. We'll get to guidance in the next section.

On Sept. 9, CrowdStrike stock fell 11.7% for no apparent reason. It wasn't alone, however, as many highly valued growth stocks in the tech sector, particularly those in the cloud computing space, took sizable hits on this day. At that time, my colleague Rich Smith opined that the likely reason was that some investors were "backing away" from these types of stocks due to concerns that a recession could be on its way. I agree with that take.