Shares of Cushman & Wakefield (NYSE:CWK) climbed 10% in September, according to data from S&P Global Market Intelligence. The stock gained ground amid momentum for the broader market, and it also appears to have gotten a boost after a publication gave the company several real estate industry awards. 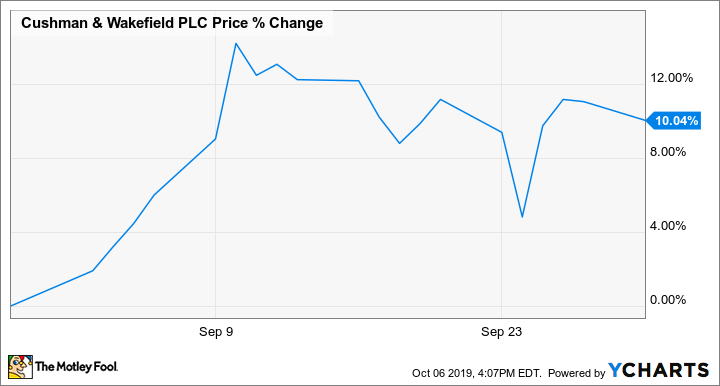 Markets rallied early in September as the U.S. and China resumed trade negotiations and made conciliations on tariffs. Real estate industry accolades seem to have helped nudge Cushman & Wakefield stock higher, and solid numbers for the housing market in August helped it to hold on to its gains.

Cushman & Wakefield published a press release on Sept. 9 announcing that it had been named the top overall company for property valuation and research efforts as well as the best overall commercial real estate adviser by Euromoney. This marked the second year in a row that the company had received those accolades from the publication. Euromoney also named Cushman & Wakefield as the top real estate adviser and consultant in a variety of individual markets, including Central and Eastern Europe, Argentina, the Czech Republic, Denmark, and Hong Kong.

Reassuring indicators for the real estate market may have also aided the stock last month. U.S. existing-home sales posted better-than-expected gains in the month, rising 1.3% year over year to reach a 17-month high according to data published by the National Association of Realtors on Sept. 19. The Commerce Department then published data on Sept. 25 showing new-home sales had increased roughly 7.1% in August.

Cushman & Wakefield stock has lost ground in October's trading, with shares down roughly 5.6% in the month so far amid data showing that consumer confidence in the housing market fell in September. 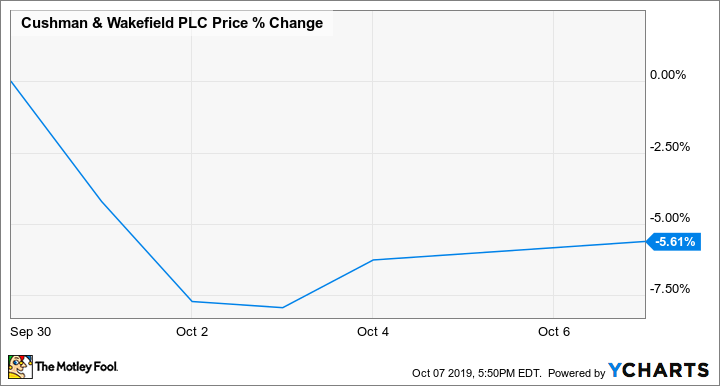 Cushman & Wakefield has been on an expansion push that's primarily centered around acquisitions, and it will likely continue to identify and integrate additional real estate and property management businesses. In the near term, the company expects that progress on its financial and operational objectives combined with a favorable global economy will help it record adjusted EBITDA between $685 million and $735 million for the year, up from $659.1 million in fiscal 2018.

The stock trades at roughly 11 times this year's expected earnings