Please ensure Javascript is enabled for purposes of website accessibility
Log In Help Join The Motley Fool
Free Article Join Over 1 Million Premium Members And Get More In-Depth Stock Guidance and Research
By Daniel B. Kline - Oct 8, 2019 at 7:12AM

The entertainment company can afford it, but that's not the whole story.

WWE (WWE -1.98%) has a dividend -- $0.12 per share in the most recent quarter -- that currently must be paid partly from its cash reserves. The company's net income rose in the second quarter to $10.4 million (or $0.11 per diluted share) from $10 million in the same quarter last year, meaning that its dividend costs WWE more than its entire quarterly profit.

That's not a major concern because revenue will rise sharply with its new television deals. WWE will roughly double its broadcast revenue from just under $200 million per quarter to $400 million when its new deals with Comcast (CMCSA -2.73%) and Fox (FOX -0.92%) fully kick in.

WWE can afford its dividend since its increased TV revenue, which will be in place for five years, is essentially all profit. The company may spend some of that on retaining talent through higher salaries, but TV rights fees currently account for roughly 80% of its revenue, and that number will increase dramatically beginning in Q3.

The self-defined sports entertainment company has the cash to pay a dividend, or at least it will. That does not mean the company should continue to pay one. 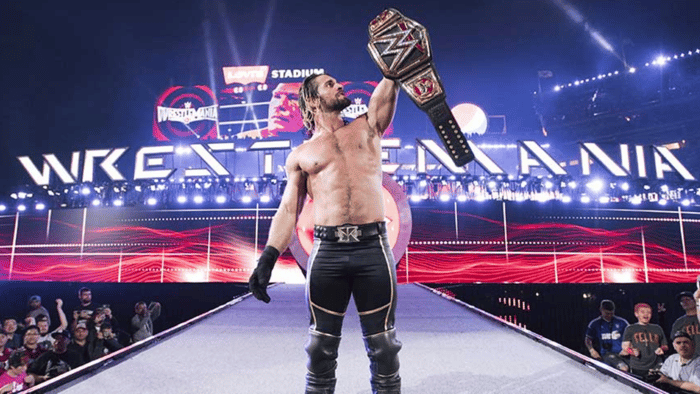 A case for dropping the dividend

The new television deals cover up a lot of problems. The company may be less popular than it has been in many years, and that has happened at a time when it faces new competition from a rival wrestling company, AEW, which is in primetime on the TNT network.

Domestic television ratings have fallen 14%, while live attendance at its events has dropped by 12%. The company also saw paying subscribers to its streaming network fall by 6%.

These are troubling numbers that the company essentially has five years to fix. Realistically, TV ratings for SmackDown should increase because it's moving from cable (USA) to broadcast network Fox. But expectations are much higher being on a broadcast network, so the company has to deliver ratings if it hopes to see the deal renewed.

Both Fox and USA (which has kept Monday night's Raw and now airs a second show, NXT, on Wednesday nights) probably won't make money on their WWE deals. So it's imperative that the company work toward reversing its ratings trends -- and that has to include more than the short-term gimmick of bringing back past stars.

WWE has two things it needs to invest its cash in. The first is locking up talent, including its own and any free agents who might move the needle. That's especially important because AEW debuted to 1.4 million television viewers, has strong momentum, and may be perceived as the hipper brand.

While working on creating talent that can bring an audience to TV (and to live shows), the company also needs to further develop its streaming network, which has basically stagnated. Paying customers of WWE Network offer a steady revenue stream and a hedge against the company's TV rights being worth less when these deals expire.

A dividend should be used when a healthy company has more cash than it needs to execute its priorities and wants to return cash to shareholders. That's not the case with WWE. Even if it moves from barely profitable and not able to cover its dividend to steadily profitable after its new TV deals kick in, it should not be returning money to shareholders.

WWE needs to spend money developing and signing talent. That's an elusive thing that there is no exact formula for. The next John Cena or Hulk Hogan may be toiling in wrestling's lower tiers or he or she may be playing another sport. Finding new stars is key, and doing that costs a lot of money because the success rate is so low.

The company also needs to invest in content that makes consumers want to subscribe to its network. That's a very big challenge given that it airs seven hours of prime time programming on Fox and USA as well as a few secondary shows.

These aren't easy problems to solve; they largely relate to the company not being as popular as it once was. Until it figures out how to reverse that, it should be spending money on the problem while building a cash reserve for a very possible rainy day -- not handing it back to investors.