HEXO (NASDAQ:HEXO) announced the departure of its chief financial officer, Michael Monahan, after the market closed on Friday. Any time a top executive unexpectedly leaves, it raises questions for investors. That's especially the case when it involves the company's CEO or CFO.

Unsurprisingly, HEXO shares traded lower on Monday as investors digested the Canadian cannabis producer's latest news. But is the sudden departure of HEXO's CFO a reason to worry, or does it instead provide a great opportunity to buy the stock? 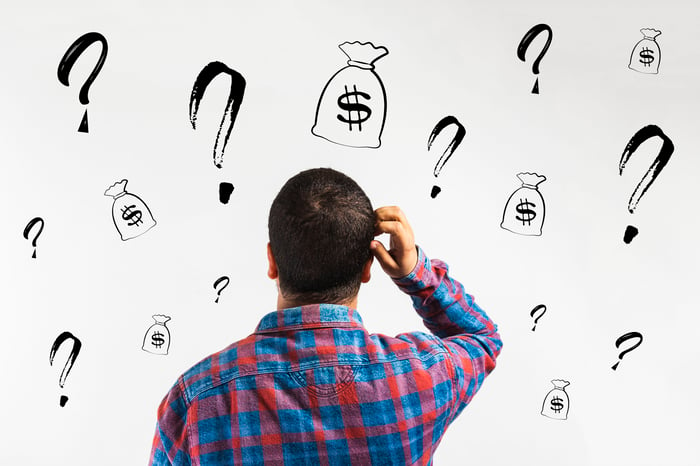 Why Monahan is leaving

Michael Monahan joined HEXO less than five months ago. At the time, HEXO CEO Sebastien St-Louis played up its hiring of Monahan as a big step in its U.S. strategy. The company announced the formation of its HEXO USA subsidiary at the same time as it announced that Monahan would come on board as CFO. St-Louis stated in May, "Onboarding a U.S.-based CFO of Michael's caliber and establishing HEXO USA Inc. are real steps toward bringing the HEXO experience to the U.S."

But a U.S.-based CFO for a company headquartered in Gatineau, Quebec, apparently didn't work out so well. In the press release announcing his resignation, Monahan stated:

Since joining HEXO Corp, it has become apparent that this job requires me to spend the majority of my time in Gatineau and in Ottawa. During this phase of rapid expansion, the Chief Financial Officer should be working very closely with all team members, in person. This isn't possible for me at this time given my family's needs and so I have decided to resign.

Monahan lives in the Philadephia, Pennsylvania, area. He previously served as CFO of Pennsylvania-based Nutrisystem for six years prior to its acquisition by Tivity Health.

In the wake of CannTrust's scandal involving selling cannabis that was grown in unlicensed grow rooms, any abrupt departure of a high-level executive in the Canadian cannabis industry is going to raise eyebrows. Rumors tend to fly in these kinds of circumstances.

At this point, though, there's no reason to think that this isn't simply a case of Monahan realizing that the job required more time away from his family than he anticipated. St-Louis stated: "Although Michael has only been with HEXO a short time, he has made a valuable contribution to the company. While I understand his reasons for his resignation, I am sorry to see him leave the company."

Both St-Louis and Monahan noted that in their statements that Monahan would serve as a consultant to HEXO to assist with the transition to a new CFO. And that person has already been named: Stephen Burwash, who previously served as HEXO's vice president of strategic finance.

This immediate move to fill the CFO position hints that HEXO wanted to quash any speculation that there could be more problems below the surface. Burwash's previous role would have likely given him insight into any serious issues at the company (if there were any). His quick acceptance of the CFO spot could be viewed as a signal that there's nothing for investors to worry about.

Also, Monahan's willingness to serve as a consultant for HEXO during the transition arguably gives increased legitimacy to the view that there isn't another shoe to drop. If there were serious problems that he discovered during his brief stint at HEXO, it seems unlikely that he would be open to an ongoing connection with the company in any capacity. On the other hand, if HEXO had discovered issues related to Monahan, the company would almost certainly want to put as much distance as possible between it and him.

Time to worry or time to buy?

My view is that while Monahan's departure as CFO is certainly surprising, it's nothing for investors to worry about. But does the pullback related to this news give investors a great buying opportunity? I think so.

HEXO has lost over half of its value since late April. My take is that the company is poised to become one of the biggest winners in the Canadian "Cannabis 2.0" market for cannabis derivative products. HEXO's joint venture with Molson Coors Brewing puts it in a great position in the cannabis beverages market. The company is also preparing to launch gummies and vape products.

Still, buying marijuana stocks is something that only the most aggressive investors should contemplate. These stocks tend to be both risky and highly volatile. HEXO is no exception.