Worries about the company's prospects are outweighing Wall Street's confidence.

Shares of SmileDirectClub (SDC 23.12%), a direct-to-consumer company producing clear dental aligners, were sinking 12.6% lower as of 3:30 p.m. EDT on Tuesday. Investors seemed unconvinced about the company's prospects despite a press release it issued Monday after the market closed, highlighting that 10 analysts initiated coverage on the stock with buy recommendations. This press release seems to have been made in response to a negative report about SmileDirectClub, published on Friday by short-seller Nathan Anderson. 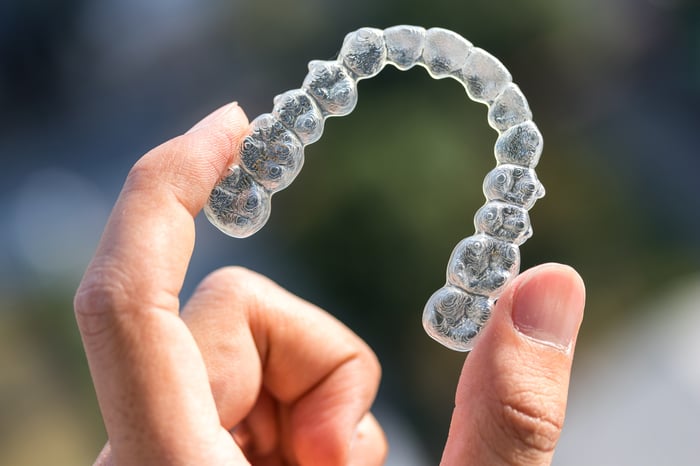 Nathan Anderson's identification of significant challenges for the company in overcoming resistance from dental professional organizations is on point. Both the American Dental Association and the American Association of Orthodontists oppose SmileDirectClub's teledentistry approach.

However, the tremendous market opportunity highlighted by analysts is real as well. Fewer than 1% of individuals with malocclusions (misalignment of teeth) are currently treated, and one big reason is the high cost of orthodontic treatment. SmileDirectClub offers an approach that greatly reduces those costs.

Investing in growth stocks like SmileDirectClub nearly always comes with significant risks. Sky-high valuations only make those risks more pronounced. Probably the biggest risk for SmileDirectClub right now is the several lawsuits the company is involved in.

SmileDirectClub currently is embroiled in litigation with the state dental boards in Alabama and Georgia and with the New Jersey Dental Association. If SmileDirectClub wins these lawsuits, the naysayers' view of its prospects will be much less convincing. If the company doesn't prevail, don't be surprised if more state dental boards take action that could hurt its growth prospects.