A single tweet from Houston Rockets GM Daryl Morey is forcing Tencent to suspend its ties with the NBA.

Chinese tech giant Tencent (TCEHY -3.98%) has become the NBA's biggest digital partner outside the United States over the past decade. The partnership started in 2009, expanded into an exclusive streaming deal in 2015, and was recently renewed for another five years.

Last quarter, Tencent said that it helped the NBA roughly triple its full-season audience over the past four years in China to 490 million viewers and that each streaming game had an average audience of 3.7 million viewers. Tencent's president and executive director Martin Lau stated that growth "boosted the NBA's brand power in China" and helped Tencent Sports become a "top online destination for sports fans."

Unfortunately, Tencent's NBA partnership was recently ensnared by the escalating crisis in Hong Kong. It all started after Houston Rockets general manager Daryl Morey tweeted his support for the Hong Kong protesters over the weekend, which drew a sharp rebuke from the Chinese government. NBA commissioner Adam Silver subsequently defended Morey's statement.

Morey issued an apology and deleted his tweet, but the government-enforced backlash had already begun. Tencent suspended its NBA video streams, the state-backed CCTV network halted all its NBA broadcasts, and smartphone maker Vivo pulled its sponsorship of two upcoming NBA exhibition games in China. That was a triple gut punch to the NBA, but it also crippled one of Tencent's most promising growth engines.

What the NBA means to Tencent

Tencent hasn't disclosed the exact value of its deals with the NBA, but analysts estimate that the 2015 deal was worth $500 million and that the new five-year deal is worth $1.5 billion.

Those estimates indicate that Tencent is spending about $2 billion, or an average of $200 million per year, for the exclusive rights to stream NBA games in China. $200 million only equals about 0.4% of Tencent's total revenue in fiscal 2018, so NBA licensing costs aren't a major expense for the company.

However, Tencent previously stated that it planned to integrate its NBA content into its entire digital and social media ecosystem -- including Tencent News, Tencent Sports, Tencent Video, its mobile messaging platform WeChat, its short video app Weishi, and its older social messaging platform QQ. It also stated that it would work with the NBA to create new mini-programs for WeChat. 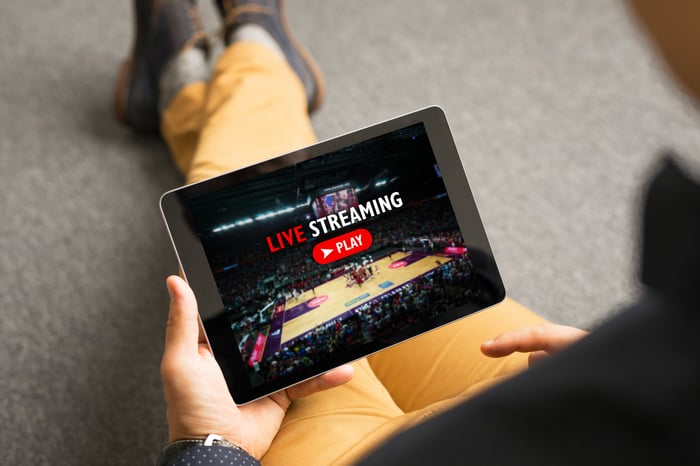 But to keep those users locked in, Tencent needs lots of exclusive content -- like original videos and NBA games. Therefore, getting cut off from the NBA cripples one of Tencent's most potent weapons in its ongoing ecosystem wars against ByteDance, Baidu (BIDU 2.58%), and Alibaba (BABA 0.94%), which all own rival digital and social media platforms.

It also makes it tougher for Tencent to pivot away from its core gaming business, which generates nearly a third of its revenue but faces tougher regulations and rivals in China. Additionally, it hurts its ad business, which accounts for about a fifth of its top line, and leaves it with fewer tools to counter rival streaming platforms like Baidu's iQiyi (IQ -2.33%) and Alibaba's Youku Tudou.

How long will this suspension last?

It's unclear if the NBA can resolve its issues in China before the new season starts on Oct. 22. The NBA stated that it has no plans to regulate what its owners and players say about global issues, and the crisis in Hong Kong is still escalating.

The NBA is stuck between a rock and a hard place. It could kowtow to Beijing to bring its content back online in its biggest overseas market, but doing so would likely spark a fierce backlash in the U.S. and other countries. Tencent is also pinned against the wall, and can't restart its NBA business without the government's approval.

Investors shouldn't sell Tencent's stock on the NBA news alone. The company still has plenty of irons in the fire with new video games, the growth of its cloud and fintech units, and the expansion of WeChat's ecosystem. However, the NBA debacle is a stark reminder that Tencent and other Chinese companies remain highly exposed to the unpredictable whims of the Chinese government.