Shares of aftermarket auto parts distributor LKQ (NASDAQ:LKQ) rose by 19.7% in September, according to data from S&P Global Market Intelligence. Virtually the entire gain came on Sept. 12, after investment firm ValueAct Capital filed a Schedule 13D with the Securities and Exchange Commission, indicating it had bought more than 16 million shares in the company.

To get a sense of how the announcement immediately paid off for ValueAct, on the 10th of the month, when it purchased the last of its LKQ shares, they were worth about $440.7 million. By the end of the month, that stake was worth about $504.2 million instead, representing not only a tidy profit, but also about 5.2% of outstanding shares. 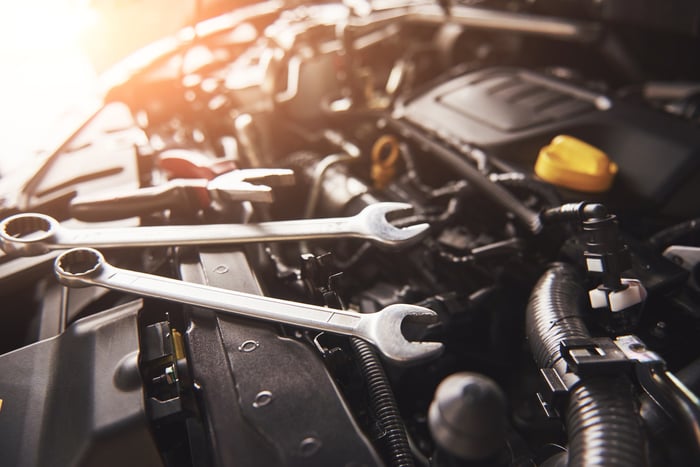 LKQ was in desperate need of a game-changer. 2018 was a disaster for the company, as shares plummeted 41.7%. Things hadn't been going well in 2019 either, before ValueAct's announcement. At the end of July, LKQ reported weaker-than-expected revenue for Q2 2019, and although earnings were slightly better than expected, management still cut its 2019 full-year guidance.

It was against that backdrop that ValueAct bought shares, signaling to some that there might be hidden value in the beaten-down company. Certainly, LKQ has been trying to right the ship in several ways. It recently appointed Arnd Franz as new CEO for its European operations; Franz has only been with the company since April.

The company is also engaged in an ongoing "board refreshment process," which will bring the number of board members down to 10 in 2020, four of whom have joined in the last 14 months. LKQ has specifically recruited board members who have experience in relevant areas to the company, like distribution and logistics.

It seems ValueAct liked what it saw in LKQ's efforts and thought it could influence the company further. According to its SEC filing, ValueAct "[has] had and anticipate[s] having further discussions with officers and directors of" LKQ. In particular, the filing references hoping to discuss "whether it makes sense for a ValueAct Capital employee to be on the Issuer's board of directors." Maybe there's still room for an 11th board member after all.

For its part, LKQ didn't have a whole lot to say about the announcement that pushed its share price up to its highest level all year. A brief statement said it "welcomes investment in the company," which doesn't really say much of anything.

Regardless, LKQ is still facing market headwinds to which it's trying to adapt. While ValueAct's vote of confidence may be reassuring to investors, it's not any sort of game-changer for the stock.