It can be hard for a non-scientist to judge the validity of a biotech's claims. Are this company's drugs going to be approved by the FDA? How valid is its research? These questions are almost impossible to answer. Even the scientists themselves can't be sure they're right until the clinical trials are complete. So how can a layperson invest with any sort of assurance?

The quick and dirty truth is that you can't. There's a huge amount of risk in biotech investing, and some of it can't even be quantified. But it is possible to reduce it.

One thing I love to see in a biotech is a collaboration with a big-pharma company. I love it when very smart and knowledgable people in the drug industry invest millions in my little biotech. This investment validates the science. It brings in cash, and promises of future cash. It reduces expenses (if the partner is paying for drug development).

So when I am researching a possible biotech investment, I am happy when I see collaboration. In fact, it's one of the first things I look for on a biotech's website: Right after I check out the company's pipeline, I look to see whether they have any collaborators. RegenXbio (NASDAQ:RGNX) and Denali Therapeutics (NASDAQ:DNLI) are two biotechs that pass my test with flying colors. 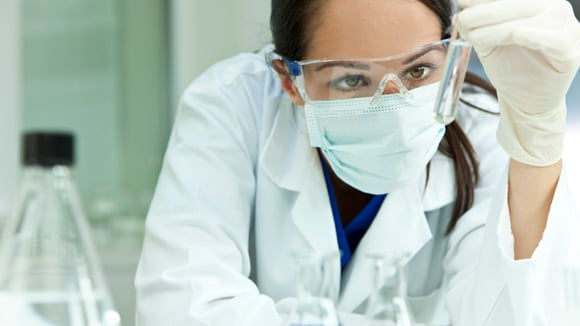 A leader in AAV vectors for drug discovery

One promising sector in biotech investing is gene therapy for rare diseases. This is a very exciting area because these drugs promise an actual, "one-and-done" cure for the disease they treat. Patients take the drug a single time, and they're cured.

One way of delivering gene therapy is via AAV vectors, which are viruses that are manipulated to introduce the therapy into the patient's body. Many scientists believe this is the best mechanism for delivering these drugs -- and if they're right, then RegenXbio should be a fantastic investment. This company specializes in AAV vectors and licenses out its technology to other companies that are pursuing gene therapies as well.

This licensing arrangement gives RegenXbio a very large pipeline of future drug payments. The above companies are funding 27 clinical trials using RegenXbio's AAV vectors. RegenXbio gets paid up front for the use of its technology; the company also receives milestone payments as the drugs make their way through clinical trials, and royalties on the sales if and when the drugs are approved.

We can see how this process works in the case of Novartis's drug Zolgensma, which uses RegenXbio's AAV vector and was approved by the FDA last year. So far, RegenXbio has received almost $190 million in payments on this one molecule. The company will also receive royalties on sales of the drug, plus an $80 million payout when the drug passes $1 billion in cumulative sales. All in all, this one drug should pay out more than $300 million to RegenXbio.

While some of those 27 trials will no doubt fail, several of the drugs will be approved. Given the sheer number of opportunities for success, RegenXbio's market cap of $1.4 billion seems positively cheap. 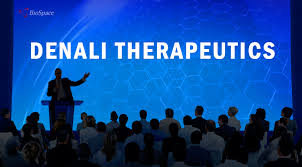 Sneaking past the blood-brain barrier

Meanwhile, Denali Therapeutics is setting its sights on something incredibly difficult. The blood-brain barrier prevents almost all drugs from reaching the brain -- of large-molecule drugs, 100% are stopped, and for small-molecule drugs, that number is 98%. Nature does this in order to protect the brain. But what can we do when a patient has a neurodegenerative disease? How do we cure Alzheimer's, Parkinson's, and ALS when our drugs can't reach the brain?

Denali believes it has solved that problem. It has a mechanism that allows drugs to sneak past the blood-brain barrier, which in theory will allow cures for the above conditions to start working. It's a hugely ambitious goal, and if the company pulls it off, investors will make a lot of money. The $1.4-billion-market-cap company is currently running early clinical trials on five different molecules.

Denali was founded by Ryan Watts, who was the head of the neuroscience department at Genentech. He's staffed his company with several veterans of the famous biotech -- the chief operating officer, chief medical officer, chief financial officer, chief manufacturing officer, and head of discovery all come from Genentech, which was acquired by Roche (OTC:RHHBY) for $46 billion in 2009.

Drug powerhouse Sanofi (NASDAQ:SNY) is on board, having signed what is potentially a $1 billion deal with the young biotech in 2018. The much larger pharmaceutical company paid $125 million upfront for partial rights to two of Denali's drugs. One of those drugs, DNL747, is being tested for multiple indications, including MS, Alzheimer's, and ALS. It's in early phase-one trials now.

Denali is flush with cash -- the company is sitting on $478 million -- and the people running the business are incredibly smart. But what they are attempting is difficult enough to keep me on the sidelines until we see some results in the real world. Partnerships with big pharma companies are encouraging, but they're not everything; for investors in pharmaceuticals who are looking to contain their risk somewhat, RegenXbio seems like a smarter and safer investment at this point.