Regenexbio (RGNX -2.26%) stock is shooting higher after the clinical-stage biotech signed a new collaboration deal with AbbVie (ABBV -0.13%), a giant global pharmaceutical company. Investors happy with the generous terms of the deal pushed Regenexbio shares 25.6% higher as of 2:06 p.m. EDT on Monday.

License and royalty revenue from Novartis regarding Zolgensma isn't nearly enough to fuel Regenexbio's ambitious development pipeline. Today's deal with AbbVie, though, gives the company a lot more cash to work with. 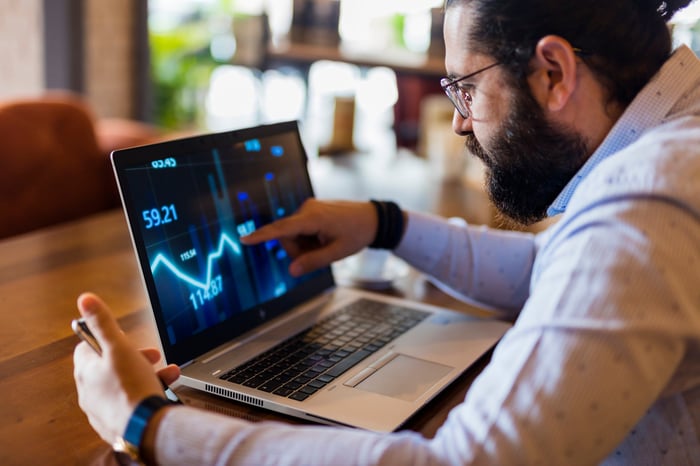 Upfront, AbbVie will pay Regenexbio $370 million for rights to RGX-314, an experimental gene therapy for the treatment of progressive retinal diseases that cause vision loss for millions of older Americans.

Regenexbio will be responsible for two ongoing phase 2 trials that administer RGX-314 with a relatively simple method of injection. AbbVie will share costs for upcoming trials that employ subretinal injections in the U.S. and lead global development efforts.

If RGX-314 earns approval, the partners will share equally in profits from net sales in the U.S. AbbVie will pay Regenexbio a tiered royalty percentage on any sales outside of the U.S.

Under the terms of the agreement, Regenxbio is also eligible to receive up to $1.3 billion in milestone payments.

We'll get to see why AbbVie felt moved to make such a generous offer for Regenexbio later this month. The company will present data from a phase 2 trial with age-related macular degeneration patients at the Retina Society's 54th Annual Scientific Meeting.