Facebook (NASDAQ:FB) is betting a new virtual reality (VR) world it's creating will ignite the market, with VR glasses someday replacing smartphones. But while the social-media giant is big on vision, its past forays into VR headsets have been light on successes.

Earlier this month, Facebook's VR unit Oculus unveiled Horizon, a new social VR world that will be available next year to customers of its Oculus Quest and Rift VR headsets. Drawing on everything it's learned since acquiring Oculus in March 2014 for $2 billion, the company created a virtual space where people can explore new places, play games, create communities, and interact with other users. Oculus users create an avatar and then access games and experiences that Facebook is creating for this new virtual world. Oculus customers are also able to create their own worlds without needing any coding experience. 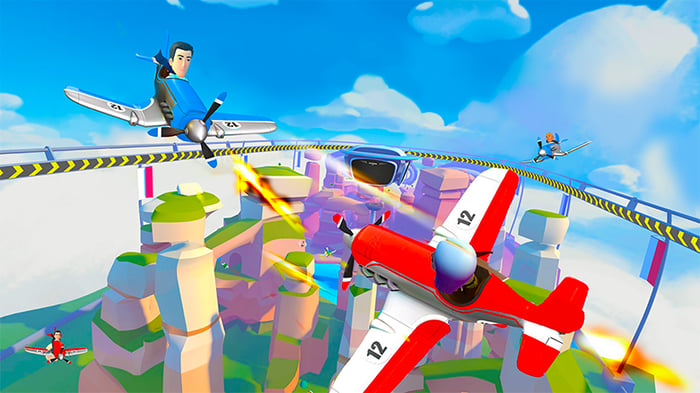 Facebook wants to give consumers a reason to buy VR glasses

The idea, for now, is to give consumers a reason to spend several hundred dollars on virtual reality headsets.

Without a killer app, the VR glasses market has failed to take off in a big way. Facebook and other technology companies are betting augmented reality (AR), where real-world places are melded with digital images and videos, will be the driver of future growth.

As it stands, the combined AR and VR market is small but is projected to skyrocket in the coming years. According to Allied Market Research, the global augmented and virtual reality market stood at $11.35 billion in 2017. It's projected to reach $571.42 billion by 2025, for a compound annual growth rate of 63.3%. The gaming industry, particularly mobile gaming, will be a big driver of growth.

Facebook has a much bigger vision for Horizon than creating a virtual world just to interact and to play games in. The idea is to eventually create "LiveMaps" that sit on top of existing maps, giving users contextual data about a physical location in real time.

A user could stumble upon a restaurant and be able to see the full menu, make a reservation, or place an order directly from the glasses. Showtimes could pop up as a person passes a movie theater, or more information about an object could appear when touring a museum. Forget videoconferencing: In Facebook's AR/VR world, users will communicate with a hologram of the person on the other end of the phone.

Horizon and LiveMaps are the latest in Facebook's efforts to spur the VR market, but there could be more. A report recently surfaced that Facebook was teaming up with Luxottica Group, parent of Ray-Ban, to develop augmented reality glasses, code-named Orion, which will be ready between 2023 and 2025. Users will be able to make calls, access information about a location, and live-stream from the glasses, which Facebook and Ray-Ban hope will someday replace smartphones.

Facebook has big ambitions in the AR and VR markets, but if history is any guide, there may be tough going ahead. When Facebook acquired Oculus, it thought it was on the cusp of owning the next big thing in technology. Oculus still makes high-tech VR glasses, but they haven't yet justified the cost. For Facebook to hit it out of the park this time, it has to create something that's so compelling people won't think twice about spending money on an entertainment device.

It also has to convince consumers they can trust Facebook. The social-media giant's reputation was tarnished by the Cambridge Analytica scandal, which broke in March 2018; that case revealed that the now-defunct political consulting firm accessed the data of 87 million Facebook users without their permission. Since then Facebook has had other data breaches and scandals, and it recently agreed to pay a record fine of $5 billion to the Federal Trade Commission.

If Horizon is to take off, as it sets out to map the world, consumers can't fear that advertisers, special-interest groups, or nefarious players can access their data or their locations. That may be quite a challenge for Facebook, as it faces calls from all over the world to do more to protect the privacy of more than 2.4 billion active monthly users.