It's time for a mea culpa. I have been unabashedly optimistic about the prospects for Canadian cannabis producer HEXO (NASDAQ:HEXO). My view was that the company was on the right track. I liked HEXO's partnership with Molson Coors and thought the company would likely be one of the top winners in the Cannabis 2.0 derivatives market.

Now I'm not so sure.

HEXO announced last Friday that its CFO was unexpectedly leaving. I didn't see that as overly worrisome at the time based on reading between the lines of the press release about his departure. But the company now has an even bigger problem. In fact, I'd say it's the biggest problem of all for HEXO. And it's one that investors simply can't ignore. 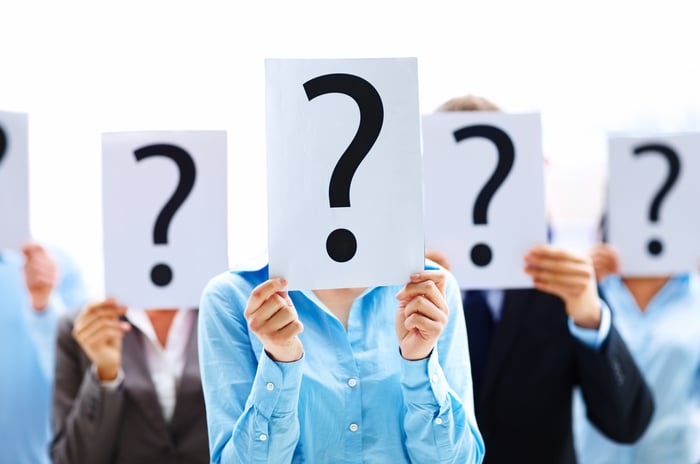 More than just a miss

In June, HEXO reported third-quarter net revenue of nearly $13 million Canadian dollars. CEO Sebastien St.-Louis predicted in the company's Q3 conference call that its net revenue in the fourth quarter would double that amount. That prediction just fell flat on its face.

HEXO won't announce its Q4 results until Oct. 24. However, on Thursday, the company provided a sneak peek at what it expects to report. And it was ugly.

HEXO anticipates Q4 net revenue will be between CA$14.5 million and CA$16.5 million. You don't have to be a math whiz to know that's not anywhere close to doubling the almost CA$13 million the company made in the previous quarter.

The bad news didn't end there, though. HEXO had previously projected that it would make CA$400 million in net revenue in fiscal 2020. It's now withdrawing that financial outlook.

What went wrong? St.-Louis said that the Q4 revenue figure was much lower than anticipated "primarily due to lower than expected product sell-through." In other words, HEXO was counting on being able to sell all the cannabis that it was able to produce, thanks to its increased capacity -- and that didn't happen. The company attributed the sluggish sales growth in large part to delayed retail store openings in big markets.

HEXO's decision to back off of its earlier fiscal 2020 outlook stemmed from what St.-Louis described as "uncertainties in the marketplace." One of those uncertainties is the possibility that Canadian provinces could place restrictions on some cannabis derivatives products that will be sold in the Cannabis 2.0 market. Health concerns about vaping have increased after cases of lung illness linked to vaping were reported in Canada following hundreds of similar cases in the U.S.

Sebastien St.-Louis was crowing that HEXO would double its Q3 net revenue in the company's call on June 13. That was almost exactly halfway through the fourth quarter. HEXO even stated in its Q3 press release issued the previous evening that it remained on track "to double net revenue in Q4 fiscal 2019."

Did the bottom really fall out in the second half of the fourth quarter? That's not what we saw from other cannabis producers that have already reported their results for the same period. It seems that either HEXO's management was greatly exaggerating or was downright clueless. Both alternatives are bad.

This also raises more questions about why former CFO Michael Monahan left after working at HEXO for less than five months. Was it really because he was spending more time away from his family than he anticipated or are there more skeletons in the closet? At this point, we don't know the answers to these questions.

What investors do know, though, is that they can't rely on what HEXO's management says. That opens a whole other can of worms as to whether or not the company can really land additional big partners from outside the cannabis industry.

The Latin phrase "caveat emptor" has been a principle in commerce for centuries. It means, "Let the buyer beware." When investing in marijuana stocks, you should visualize these words flashing before you in red before pushing the button on an online brokerage account or placing an order with a stockbroker.

I'll be the first to admit that I haven't been wary enough with HEXO. The company's impressive growth in the past and its snagging of a major partner with Molson Coors inspired a level of confidence about the stock and management that now appears to have been misplaced.

HEXO could rebound, of course. It could still win in the Cannabis 2.0 market. The company might land more partners as Sebastien St.-Louis has said it would.

For now, though, I'm on the fence with this stock.