In 2019, investors both bullish and bearish on Tesla (TSLA 4.67%) stock have had fuel to back up their views. Bulls like the fact that the company has ramped up deliveries significantly and introduced a low-priced standard-range Model 3, while revenue has soared as net losses shrank and cash flow improved.

Bears, however, will point to a number of downsides, including Tesla's lack of profitability and its cash burn, which spurred Tesla to actually raise money in May and dilute shareholder value. In addition, the company has executed several rounds of layoffs this year, then announced it was shuttering its showrooms in an effort to save costs, only to reverse course days later, deciding to keep many showrooms open.

The biggest fear around Tesla, however, is that there isn't enough demand for its electric vehicles. That would essentially torpedo much of the bull case, as Tesla is investing heavily in expanding production for its Model 3 and its upcoming Model Y crossover to begin mass production in late 2020. Tesla has promised that it will cause a sea change in buying behavior for EVs, disrupting the auto industry, so if demand isn't actually there, Tesla has a problem.

On that front, bears have pointed to this year's price cuts across all Tesla models as evidence that people don't want its cars. In its recent second-quarter earnings report, Tesla showed quarterly declines in average selling prices for the Model 3 as well as the Model S and Model X vehicles. Tesla subsequently dropped prices again for the Model 3 in July, along with even more pricing adjustments to both the S and X.

But before investors press the sell button on Tesla shares, there are a few details to know about these cuts, and why they might not be so scary. 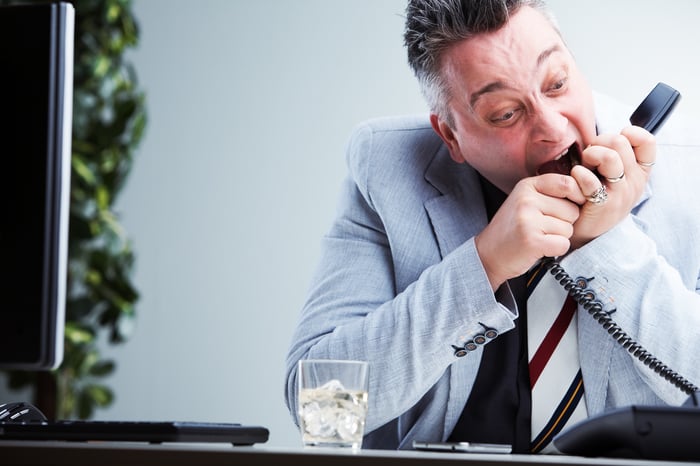 Model 3 cuts were part of the plan

Make no mistake: Tesla's future will hinge on mass-market adoption of the Model 3, along with the upcoming Model Y. In the second quarter, the average selling price (ASP) on Tesla's Model 3 declined slightly from the prior quarter. In addition, after the quarter ended, the company announced it would be cutting the price of the low-end Model 3 again, by an additional $1,000, with even greater cuts for the higher-priced models with more features.

But there are a few perfectly valid reasons for these cuts. The first "price cut," in the first half of 2019, wasn't so much a price cut as it was the introduction of the company's lowest-cost standard-range Model 3, which retailed starting at $35,000. Prior to February, the company had only been selling the long-range versions of the Model 3, which were priced from about $50,000 to $60,000. Obviously, since the lower-priced standard-range Model 3 was introduced midway through the first quarter, the overall ASP for the Model 3 was likely to come down in the second quarter, when Tesla had experienced a full quarter of selling the lower-priced vehicle.

Encouragingly, the ASP on overall Model 3 sales was almost even from Q1 to Q2, because buyers are still mostly opting for the longer-range versions of the Model 3. Another positive sign: Tesla is getting a higher gross margin, even on a flat average selling price, as it continues to control costs and leverage its fixed-cost base on higher volume.

Things changed again after July 1, however, with the phasing out of the federal tax credit for buying an electric vehicle. So this roughly $2,000 "discount" would no longer be available. In response, Tesla did a rather intelligent thing. It lowered the price of the standard-range Model 3 by $1,000, essentially splitting the difference of the price increase with the customer. That makes the Model 3 more enticing than it otherwise would be, while also not alienating customers who bought the Model 3 prior to the tax credit's expiration.

However, buyers of the longer-range vehicles may not be as happy. After the tax credit expired, Tesla dropped its price of the longer-range Model 3s and those with more features by $2,000 and $5,000, respectively. While that may leave a sour taste in the mouth of anyone who bought the deluxe Model 3 before the price cut, bringing down the price of the highest-priced Model 3 is likely to entice more customers to upgrade to the higher-priced option. That should help boost Tesla's margins as it produces more and more vehicles.

Tesla's higher-priced Model S and Model X vehicles also had lower ASPs in the second quarter. While that's not necessarily a great sign, Tesla seems to be going for a strategy of making premium features standard on the S and X models.

In April, the company upgraded the drivetrain and suspension in the Model S and X, and also implemented a new active adaptive dampening feature, along with other software upgrades. Tesla then discounted some older inventory that had been produced prior to the introduction of the new features. This happens all the time in both the technology and auto sectors, when older-year models are discounted after a newer model or improvements are introduced. Tesla doesn't improve the cars on an annual schedule like the rest of the car industry, and these upgrades just happened to fall in Q2.

In addition to the upgraded features, Tesla actually decided to discontinue its standard-range version of the S and the X, in an effort to streamline the portfolio and lower its cost structure. However, Tesla is also cutting the prices on these higher-end, long-range S and X models, yet still leaving their prices higher than the now-discontinued standard versions. This, again, seems like a strategy to lure customers into trading up, which they might be more inclined to do, since they are already opting for the more expensive S or X models.

In addition, the volume of the S and X models combined is only about 4%-5% the volume of the expected demand for the combined Model 3 and Model Y, according to Elon Musk. This is not to say that the S and X don't matter, but worrying about a few points of selling price or volume in any quarter isn't entirely relevant to the Tesla thesis. Regardless, cutting out the standard version of these high-end models is likely to streamline Tesla's cost structure. Tesla is likely pivoting to a margin strategy on the X and S now that the 3 and Y models will be ramping at much higher volumes.

Tesla's price adjustments may have the effect of rattling shareholders and feeding skeptics, but they do seem rather practical when taken together. Keep in mind, the lowest-priced Model 3 just saw a price increase due to the tax credit expiration, while higher-priced (and higher-margin) products saw prices come down. Tesla appears to be luring customers to opt for "high-grading" their cars as production reaches greater volumes.

Still in massive expansion mode, Tesla needs to drive volume and efficiency in order to get the economies of scale it needs. To that end, Tesla is taking more of the technological route to production, not unlike companies in the semiconductor industry. As processes become more efficient, prices come down, which spurs more demand, which then enables greater efficiency in production, which enable lower prices, in a virtuous circle.

Eventually, Tesla and its shareholders hope that the lowest-priced Model 3 and Y versions will persuade customers to opt for Teslas over gas-powered cars. But with the lowest-priced Model 3 still $10,000 to $15,000 more expensive than gas-powered sedans like the Civic or Corolla, even the Model 3 may still be too pricey for a large swath of the population. So don't be surprised if Tesla continues to lower prices as it increases volume. It may not work perfectly, but making its cars more and more affordable over time is all part of Tesla's grand plan.