The company has outperformed in 2019, but investors should keep an eye on these risks around the stock.

Costco Wholesale (COST -1.05%) reported solid results earlier this month for its fiscal fourth quarter, followed by a strong September sales report just a few days later. After the fourth quarter report, a number of Wall Street analysts raised their price targets on Costco and continue to recommend the stock. The company reported September comparable sales growth of 5.6%, ahead of analysts' expectations.

Shares of Costco are already up 46% year-to-date, far outpacing the S&P 500's 18% gain. However, against this backdrop of strong company results and share performance, here are three potential risks investors should consider before buying into this leading warehouse club chain. 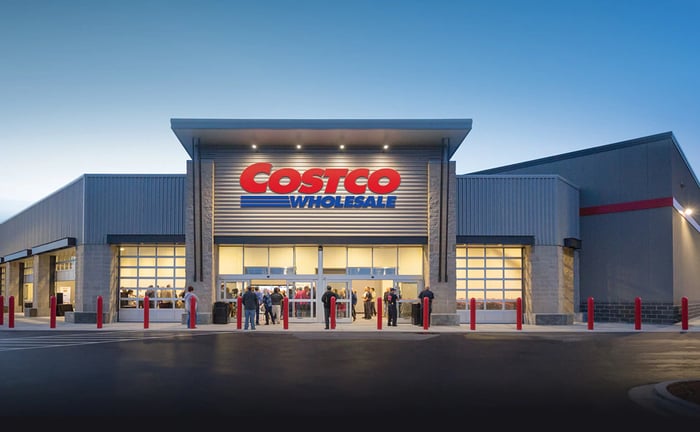 Costco, like most retailers, continues to be impacted by increasing tariffs. Trump intends to increase tariffs on $250 billion of imports from China from 25% to 30% on Oct. 15. Another $155 billion of goods, including laptops, toys, electronics, and footwear will get a 15% tariff starting on Dec 15. And earlier this month, the United States Trade Representative announced new 25% duties on certain EU-based products such as whiskey, cheese, olive oils, and apparel. These new tariffs on EU goods will go into effect Oct. 18.

Management is actively looking for solutions to bring down costs and counteract the tariffs. These include alternative country sourcing and acceleration of shipments before tariffs go into effect. They're also working with suppliers to control costs. While management is confident they can leverage the company's size and relationship with vendors, some price increases will occur. However, over the last decade, Costco's gross margins have been stable in the range of 12.5% to 13.5% -- the full effect of continuous tariff increases on margins is not entirely predictable, and investors should closely track the company's profitability going forward.

Will membership rates dip during a recession?

While the U.S. isn't currently in a recession, the trade war with China, recent impeachment inquiry, and weakening economic data are worrying many investors. September 2019 data from the purchasing managers index showed the steepest manufacturing decline in a decade. Inventories, production, and new orders all decreased. This is the second month in a row that the index signaled a contraction (and at an accelerating rate).

During the financial crisis, U.S. consumer spending on discretionary items like personal care, apparel, household furnishings, and services fell by mid-single digits, according to the Bureau of Labor Statistics. However, sales at superstores and warehouses increased 2% during the first 11 months of 2019. Because consumers are more likely to shop for deals and buy in bulk during a downturn, shoppers didn't necessarily give up their Costco memberships. On the contrary, Costco gained an additional 2.3 million members in fiscal year 2009. Renewals during that time also showed Costco's ability to weather a recession, remaining at over 87%.

The valuation is rich

Even with its consistent long-term performance and earnings growth, Costco stock commands a rich valuation. Shares are trading at 35 times forward earnings estimates, above its five-year average P/E of 30 times and near its 10-year high mark. This compares to the broad market's valuation of 17 times forward earnings. Investors may want to wait for shares to pull back closer to historical levels for a better buying opportunity.

Overall, while there are some risks around the stock, Costco's strong execution and ability to maintain customer loyalty in different market conditions will help support the shares. Even with the risk of tariffs negatively impacting costs, management has historically managed to keep the company's margins stable. And its nearly 100 million members also give the company a great opportunity to mine customer preferences, which in turn will help improve sales and maintain customer loyalty.