Please ensure Javascript is enabled for purposes of website accessibility
Log In Help Join The Motley Fool
Free Article Join Over 1 Million Premium Members And Get More In-Depth Stock Guidance and Research
By Keith Speights - Oct 13, 2019 at 7:00AM

The two biggest Canadian cannabis producers might not be able to sweep this problem under the rug.

Coal miners used to carry canaries in cages with them into the mine tunnels. If there were any dangerous gases in the mine, the canary would die first and serve as a warning for the miners to seek safety. "Canary in the coal mine" eventually became an expression to refer to anything that provided an early warning of danger.

HEXO (HEXO -2.56%) just might be the canary in the coal mine for Canadian cannabis producers. On Thursday, the company provided an update with preliminary results for its fiscal 2019 fourth quarter. Those preliminary results were disappointingly dismal. HEXO also withdrew its previous full-year fiscal 2020 revenue outlook, citing "uncertainties in the marketplace."

But the most concerning part of HEXO's update were nine words buried in the middle of its press release. Those nine words could spell big trouble for the two largest Canadian cannabis producers, Aurora Cannabis (ACB -6.36%) and Canopy Growth (CGC -1.71%). 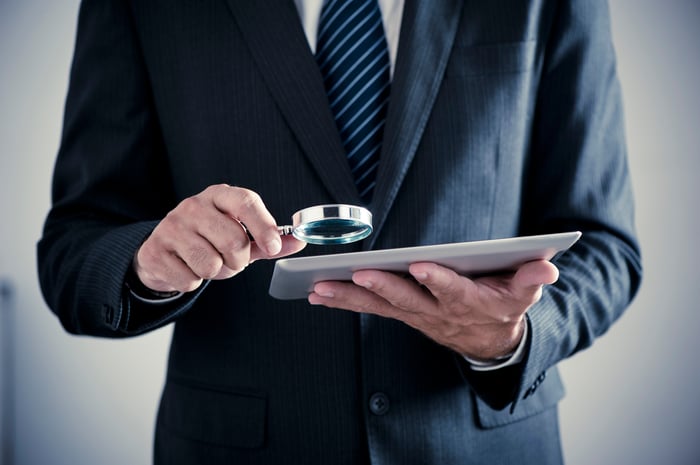 But these aren't the problematic part of HEXO's update for Aurora and Canopy. Both companies were already well aware of the slowness in opening retail stores in Canada and the waiting period for launching new cannabis derivative products.

Why Aurora and Canopy should be concerned

Both Aurora and Canopy noted lower average selling prices in their latest quarterly updates. So why should HEXO's statement be a reason for concern? Just look at what Aurora and Canopy said about the lower prices.

But Battley said the average selling price "came down as a result of actually increased sales in the consumer market as well as some bulk wholesale sales that we actually managed to achieve an attractive margin on, higher than our overall gross margin." He seemed to shrug off the lower selling price instead of expressing any alarm.

Canopy Growth CFO Mike Lee responded to a question about his company's lower average selling price during Canopy's quarterly conference call in August. Lee said that the average selling price in the Canadian adult-use recreational market fell around 13% from the previous quarter, with this decline "entirely driven by mix between bud and our softgels and oils." However, he added that Canopy expected this mix to "normalize going forward." Like Aurora, Canopy didn't seem too worried about lower prices.

HEXO, though, expressed concern about pricing pressures -- and not just in its primary market in Quebec but across Canada. The company's fiscal 2019 fourth quarter ended in July, whereas Aurora's and Canopy's latest reported quarters ended in June. It's possible that HEXO was able to pick up some early signals of problems that the two bigger companies didn't in July.

If what HEXO has observed is just the beginning of pricing pressures throughout Canada, Aurora and Canopy might not be able to dismiss further lower selling prices. Several industry observers have predicted for a while that prices could fall once the supply of cannabis in Canada's recreational market caught up to demand. It's possible that the industry could be about to at the cusp of this long-expected supply glut.

Aurora's executives, in particular, have pooh-poohed any worries about a negative supply demand imbalance in Canada. They've stated that the global medical cannabis markets will expand enough to absorb all of the extra cannabis produced in Canada. But the reality is that both Aurora and Canopy still make most of their money in Canada. Medical cannabis markets in Europe and elsewhere are growing, but it remains to be seen if they'll grow quickly enough to offset potential issues at home for these companies.

In addition, smaller companies could have a more difficult time raising capital if a full-blown supply glut emerges. Aurora remains one of the most popular marijuana stocks and should still be able to raise money if needed. Canopy Growth has a big partner with deep pockets in Constellation Brands.

HEXO's preliminary Q4 update underscores the risks associated with investing in marijuana stocks. Despite these risks, though, the long-term prospects for the global cannabis industry still appear to be very good. The key for investors is to find the companies that are most likely to survive and thrive in the midst of a chaotic and emerging market.