HEXO (HEXO 0.43%) set fire to the entire legal cannabis space last week after pulling its fiscal 2020 outlook and slashing its fiscal fourth-quarter revenue projection. The company said that its decision was based on the slower-than-expected roll out of retail outlets, the delay in government-approved derivative products, and early signs of pricing pressure nationwide.

The top five licensed producers in Canada -- and most of the smaller players as well --- lost over 10% of their value over the course of Thursday and Friday's trading session as a result of HEXO's far-reaching remarks. HEXO's shares, for their part, dropped by a stunning 31.2% over this two-day period. Can HEXO's stock recover from this latest downturn, or it is time for investors to abandon ship? Let's break down HEXO's near-term outlook to find out. 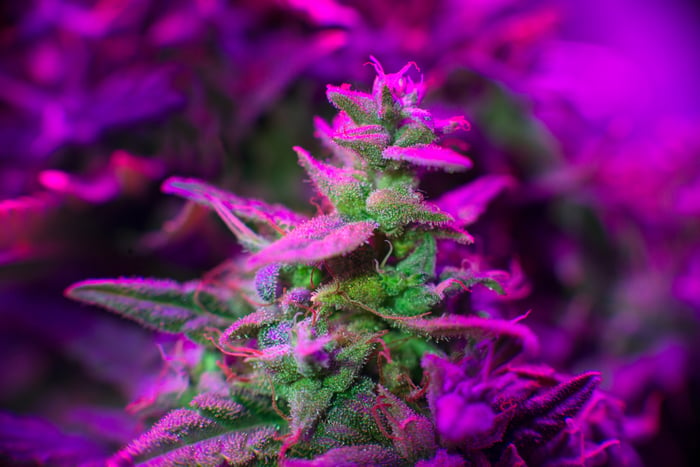 The market has now sawed off approximately $1.112 billion from HEXO's market capitalization in less than five and a half months. That represents a staggering 64% decline from the company's 52-week high achieved exactly four days after closing on its NewStrike Brands acquisition on May 24, 2019.

Why did HEXO's valuation mushroom in the first part of 2019? The landmark acquisition of NewStrike, along with the company's joint-venture with Molson Coors Brewing called Truss, were supposed to cause the company's sales to grow exponentially over the next fiscal year. HEXO, in fact, has repeatedly stated that its full-year sales for fiscal 2020 would hit $400 million Canadian because of these twin catalysts. And if that revenue forecast had borne out, HEXO's shares would have been trading at a reasonable forward-looking price-to-sales ratio of 5.6 at their peak back in late May.

Wall Street, though, never fully bought into this rosy forecast. FactSet's consensus revenue estimate for 2020 has never been higher than CA$302 million this year. The Street's low-end revenue estimate, on the other hand, has consistently stood at CA$185 million over the past  five months, despite the potential upswing from the sales of high-margin derivative products like cannabis-infused beverages, edibles, and vapes next year.

This lack of faith from Wall Street seemingly undermined HEXO's rally -- evinced by the steady decline in its shares almost immediately after the NewStrike acquisition officially closed. In other words, the market clearly wasn't sold on HEXO's internal outlook. That said, Wall Street also didn't think the company would go on to miss its own Q4 revenue projections by a country mile. This bombshell of a fiscal update caught almost everyone by surprise.

HEXO may end up missing Wall Street's lowball 2020 revenue estimate by a wide margin. In short, HEXO's 2020 revenues could seriously disappoint investors because of the ongoing regulatory bottleneck for brick-and-mortar locations in Canada, industrywide pricing pressures on dried flowers, the roughly two-month delay in derivative product launches, and the widespread availability of high-quality cannabis products on the black market.

Keeping with this theme, HEXO's annual sales would need to rise by a jaw-dropping 281.4% over the next four quarters simply to hit Wall Street's low-end revenue projection for fiscal 2020. That's an extremely tall order in the face of these hurricane-force headwinds.

Bottom line: HEXO's shares may need to fall by another 40% to truly realign the company's valuation with its underlying fundamentals. This outlook might sound harsh, but HEXO's preliminary fourth-quarter results painted a rather discouraging picture in regards to the state of Canada's legal marijuana industry. Unfortunately, these are structural hurdles that HEXO simply can't overcome on its own.