America's youngest diners are fueling the rise of this growing fast-food giant. 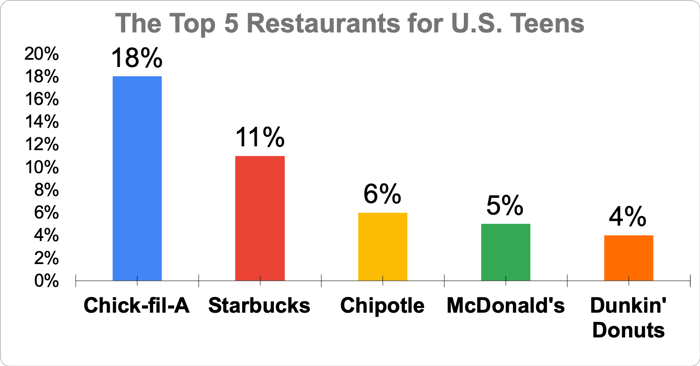 Those results are alarming for bigger fast-food chains like McDonald's (MCD -0.09%) and Starbucks (SBUX 0.23%). Chick-fil-A already ranked third behind those two leaders in Nation's Restaurant News' annual list of the country's largest fast-food chains. Chick-fil-A's sales rose 17% to $10.5 billion in 2018, while Starbucks and McDonald's generated $20.5 billion and $38.5 billion, respectively, in domestic sales.

Chick-fil-A has grown its sales every year since it was founded in 1946, and Kalinowski Equity Research told Business Insider that its annual sales could eventually hit $30 billion, making it the second-largest fast-food chain in America. Chick-fil-A's rivals are fighting back with new chicken sandwiches, but the brand's strength -- even amid controversies about the company's opposition to same-sex marriage -- makes it a formidable rival in the fast-food market.