A few weeks after Apple (NASDAQ:AAPL) put speculation to bed about what it would unveil with the launch of its new iPhone 11 in September, the rumor mill is at it again. This time, talk centers around the creation of a lower-priced iPhone similar to the iPhone 8 but running on its new A13 processor.

If the rumor is true, consumers should expect a smartphone that's powerful enough to run all of Apple's services and content. And it will be smaller, with a 4.7-inch screen.

What's the target market for what the speculators are calling the iPhone SE2? Anyone who doesn't want to spend $1,000 on a new Apple smartphone.

The iPhone SE2 could arrive in early 2020

In a recent research report, Apple analyst Ming-Chi Kuo of TF International Securities said Apple will launch the SE2 in the first quarter of 2020 at a much lower price than its new iPhones. 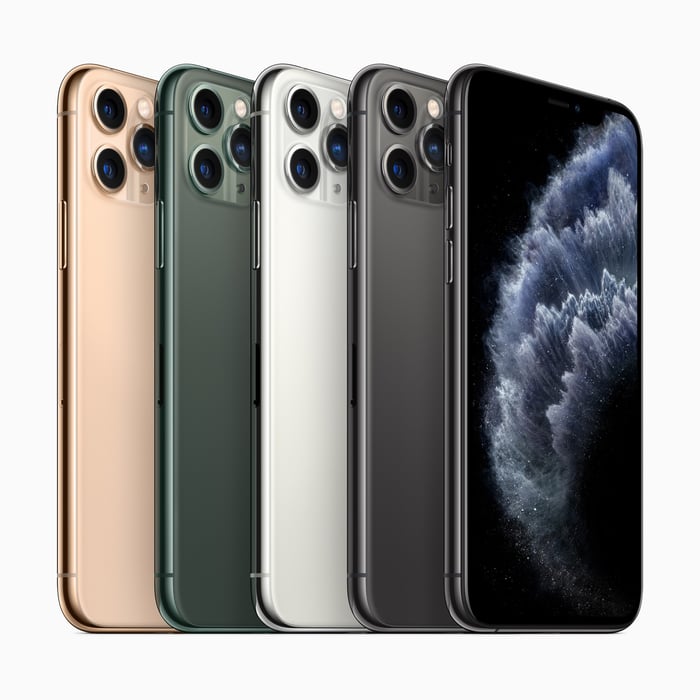 Kuo predicted the SE2, with the new A13 processor, will be the preferred upgrade for many iPhone 6 users, which he says total around 100 million.

The analyst didn't say how much the phone might cost, but the iPhone 8 sells for $449. The iPhone SE went for $349 before it was discontinued. Kuo predicts iPhone SE2 shipments will hit 30 million to 40 million units in 2020.

Analysts make predictions all the time, but when Kuo does, the market tends to listen. His rumors have proved accurate in the past thanks to contacts within Apple's supply chain. He's correctly predicted many details of the tech giant's previous devices, including the iPhone SE and the Apple Watch Series 2.

Launching a lower-end iPhone can solve a lot of the company's pricing issues in certain segments of the world as well as increase the number of people who consume its content and use its services. That area of the business is becoming more important because of the growing reliance on recurring revenue from subscription services to maintain growth. With Apple funneling a lot of money into its service offerings, including Apple Arcade and Apple TV+, it needs to reach the masses. Rolling out a lower-end phone could invite a whole new segment of the market that never used Apple services before.

According to Kuo, Apple's iOS 13 could drive "urgent replacement demand" among iPhone 6 and iPhone 6 Plus users who want to upgrade to the latest OS. These users don't care about all the high-end features the iPhone 11 brings, but they do care about performance and price. They want a device that can run Apple's latest OS and not break the bank. Those who upgrade to the new SE phone will get that, which could translate into new customers for Apple Arcade, its gaming service that tries to undercut its rivals with a $4.99 a month subscription. That service requires the more powerful A13 processor.

An iPhone SE2 could also improve Apple's market share, particularly in Asia, where it has faltered in recent years. With local smartphone makers churning out devices with technology that matches Apple at a much lower price, consumers have abandoned the iPhone. It's a big reason Apple is in fifth place for smartphone sales in China and third place in Europe. A new, cheaper offering could give its market share in those regions a nice boost.

Apple may not need it if initial reports about iPhone 11 demand prove true. The Nikkei Asian Review reported earlier in October that Apple told suppliers to increase production of the iPhone 11 by 10%, or 8 million phones. Meanwhile, CEO Tim Cook told a German newspaper that iPhone 11 sales have seen a "very strong start." The device starts at $699, lower than the $749 the iPhone XR went for in 2018, underscoring consumers' interest in lower-priced iPhones.