Aa for individual stocks, one analyst cut his price target for Aurora Cannabis (NYSE:ACB), adding to woes for investors in the marijuana industry, and AECOM (NYSE:ACM) rose after announcing details of a spinoff. 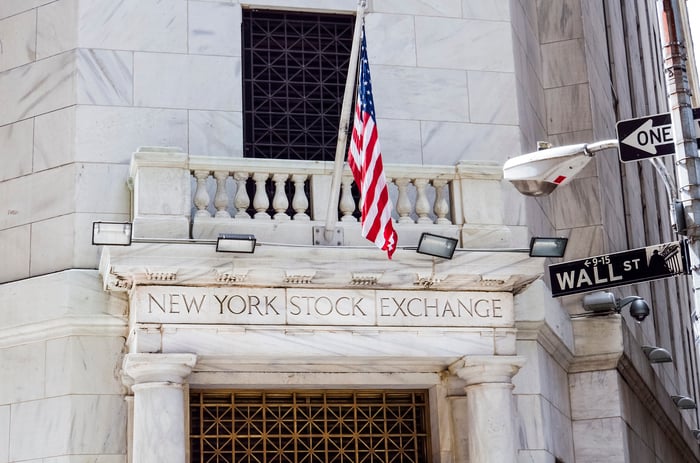 Investors continue to sour on marijuana stocks as analysts issue price target cuts, including one for Aurora Cannabis today. MKM Partners analyst Bill Kirk cut his price target for the Canadian pot producer from $3.78 to $2.65, citing pricing issues in the Canadian marijuana market and the slow growth in retail locations in Ontario and Quebec, and shares fell 4.6% to $3.51.

In its earnings release in September, Aurora reported a huge 66% spread between the price of medical and recreational marijuana and a decline in average selling price due to a shift in the sales mix to the recreational market. The company also warned in the conference call that "there are constraints on the consumer system right now" and that sales slowed in July and August. Benchmark prices of marijuana on the Canadian spot market have been falling the last three weeks.

A warning from HEXO last week seemed to confirm the trend of lower pot prices in Canada. The combination of a potential supply glut of cannabis, falling prices, and a shift away from higher-priced medical marijuana continues to spook investors.

AECOM announces a buyer for its spinoff

Shares of infrastructure construction company AECOM rose 6.3% after it announced an agreement to sell its Management Services business to affiliates of American Securities LLC and Lindsay Goldberg for $2.405 billion.

The move to spin off the business was announced by AECOM in June as a part of restructuring efforts to focus on its higher-returning and lower-risk core business of planning, design, engineering, and management of infrastructure projects. The company expects to deploy the proceeds from the transaction on debt reduction and stock repurchases.

AECOM, which focuses on large building and transportation projects including partnering with Elon Musk on his Hyperloop system, believes the Management Services business has been undervalued under the AECOM umbrella, and investors seemed to agree when the price was announced today.