Yesterday, I covered two stocks that increased notably on the day, rising above a more or less sideways market. Shifting gears, let's look at a pair of companies that saw notable declines on Tuesday, on a day of big gains for many other titles.

My selections are a prominent solar energy parts manufacturer and an IT company specializing in outsourced customer service solutions. Both closed the day down by around 5%. Are they worth buying now at the resulting discounts? 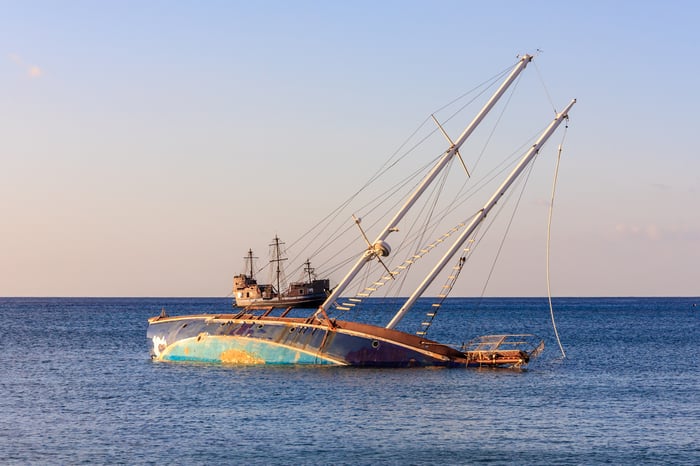 There was no immediate news or incident driving down SolarEdge (NASDAQ:SEDG) stock today. But as we've seen recently, the solar energy industry as a whole doesn't necessarily need a catalyst.

That's because the sector has had a great run in 2019, and the law of gravity eventually applies to companies no matter how popular their shares might be -- what goes up must at some point fall down.

Solar has been doing extremely well in the U.S. despite unfavorable political developments and other recent challenges. The environment is better in certain countries abroad. After all, the world needs more renewable energy, and this form of it is becoming cheaper seemingly by the minute.

SolarEdge, which concentrates on making crucial solar panel components known as inverters, could be the poster boy for this success. SolarEdge posted excellent growth in its most recently reported quarter, blasting past analyst estimates for both revenue and net profit.

As a leader in its segment of components, SolarEdge is absolutely taking advantage of the robust growth of the broader solar energy. I see no reason why this shouldn't continue.

On top of that, SolarEdge is hedging its bets in case competitors do a better job muscling into its core market -- it's gone on an acquisition spree, snapping up complementary assets. This isn't cheap and it dings the financials, but it's a wise move to spend now for revenue and profits in the future.

Said future is very bright. Some of the investors who sold off the company today might be worried about its still-high valuations -- a long bull run will do that -- but SolarEdge has vast potential. I'd be a buyer of its stock.

Zendesk (NYSE:ZEN), a developer of customer service software, was also a highflier at one point. What brought the tech stock down was its Q2 results released at the end of July, in which the company admitted that growth didn't quite meet its own expectations. (There wasn't any news of note to drive the stock down today.)

Still, the company is growing. It seems like a no-brainer: Customer service, especially of the remote variety, has always been a challenge for businesses. Solutions provided by companies like Zendesk promise to automate and simplify the process, leaving customers more free to conduct their core business activities and make money.

In a way, Zendesk is a victim of the high expectations of its investors, who tend to demand very robust and sustained growth rates from their companies.

Yet Zendesk's overall revenue during said quarter was 37% year over year, a more than respectable posting, while the number of accounts for its anchor Support solution more than doubled from 2015 to Q2 2019.

Meanwhile, Zendesk has rolled out a set of complementary software products for its clients, and these seem to be making a mark. The number of accounts in the "other" (i.e., non-Support and Chat, its other base offering) products category rose 63% in Q2 from 2018 alone.

Zendesk's solutions are clearly finding an audience, particularly those newer ones that aren't Support or Chat. Like SolarEdge, Zendesk remains expensive at first glance on valuations, but this market is big and there's much growth to be captured in the coming years. I'd consider buying this stock, too.