For the most part it wasn't a memorable day for investors, yet this pair of companies bucked the bears.

It was a fairly "meh" Monday on the stock market -- which, perhaps in some ways, is a relief given the recent seesaw volatility we've witnessed.

As ever, though, some top stocks bucked the overall trend with some nice price leaps, while others fell to earth. Since it's always nice to begin the week on a note of optimism, here's a look at two companies in the former camp. 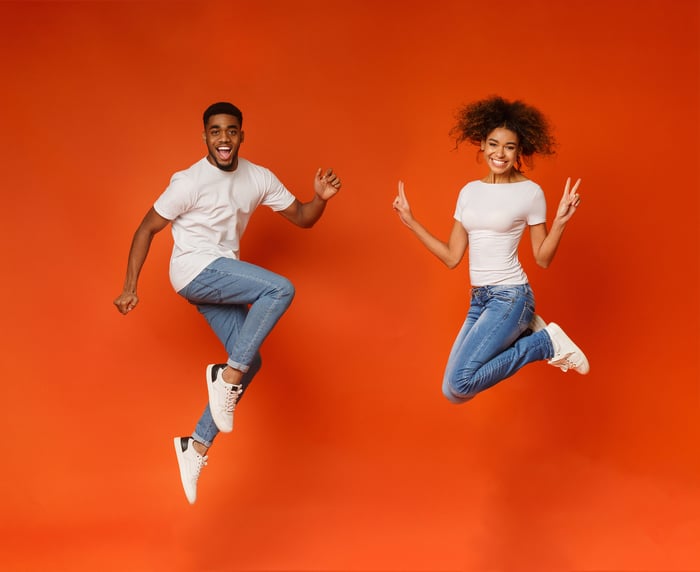 An up-and-down stock if ever there was one, Tesla (TSLA 0.17%) accelerated today to close nearly 4% higher.

There's no clear, immediate reason for the stock to enjoy such a bump... but then again, reason doesn't always apply to Tesla. Like Apple in certain ways, the company has a core of fans who love its business and aesthetics, and admire the -- shall we say -- frequently unorthodox approaches CEO Elon Musk employs to manage its operations.

These bulls aren't entirely off base, looking at recent events. No, the company didn't hit its ambition of delivering 100,000 cars in its Q3, and at a tally of just over 96,000, it fell short of analyst estimates, too (although it was a quarterly record for the company).

Nevertheless, 96,000-plus is an impressive number for a maverick niche manufacturer in a tough, capital-intensive industry that doesn't come close to the scale of a General Motors or Ford. Those two giants, by the by, are still to some extent playing catch-up to Tesla in the electric vehicle (EV) space.

This summer Tesla also announced a modest price cut to its best-selling Model 3, in the hopes of juicing sales.

Investors who bid up Tesla today might also be counting on better-than-expected results when the company reports its official Q3 numbers next week. Analyst estimates are, unsurprisingly, all over the place -- according to Yahoo! Finance they range from a solid per-share net profit of $0.34 to a red-soaked $3.52 loss.

Given the chronically high expenses and cash issues saddling the company, I'd bet on a shortfall, but this company always has the capacity to surprise us. That said, I'm still wary of Tesla, as I think it has many challenges it hasn't fully proven it can surmount.

Is this justified? I think so. Shopify is a facilitator of e-commerce services, so if, for example, I start a business called Eric's Not Overly Tasty Lemonade, I can use the company's digital tools to sell my semi-quality beverage online.

No one who has turned on a PC or mobile device in the past few years has to be told that the e-commerce space is growing exponentially. Shopify is also on the rise, with a nearly 50% year-over-year increase in revenue in its most recently reported quarter.

This is the kind of sector and company-specific growth investors look for, so it's no wonder that Shopify is experiencing yet another spurt of popularity. Of course, there's competition in the form of monoliths like Amazon.com, but Shopify seems to be doing a good job competing on quality and value.

As is typical for a young(ish) tech company, Shopify is unprofitable. Yet those losses are not necessarily all that scary, and the company is in the right place at the right time with the right products. It feels very much like a buy to me, even with the latest share price rise.