For years now, Apple (NASDAQ:AAPL) has been hard at work developing an in-house cellular modem. The biggest question is when that critical component will actually be ready to ship, as modems are among the most difficult pieces of silicon to design. Apple had scooped up Intel's 5G modem intellectual property (IP) for a cool $1 billion over the summer, following the chip juggernaut's abrupt exit from the arena earlier in the year in the wake of Apple's surprise settlement with Qualcomm (NASDAQ:QCOM).

"Apple is excited to have so many excellent engineers join our growing cellular technologies group, and know they'll thrive in Apple's creative and dynamic environment," chip chief Johny Srouji said at the time. "They, together with our significant acquisition of innovative IP, will help expedite our development on future products and allow Apple to further differentiate moving forward." 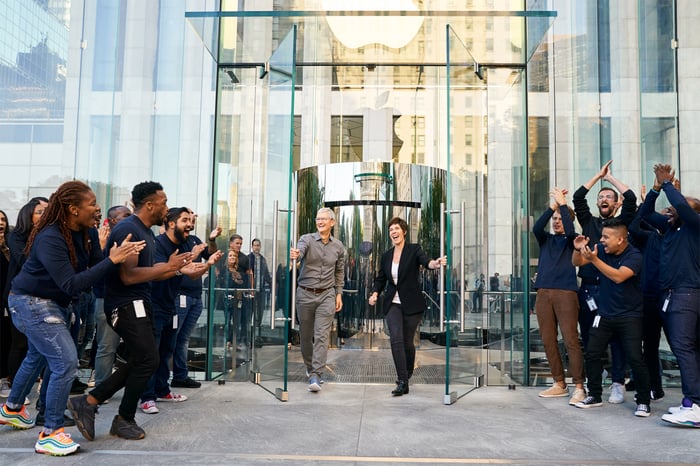 Fast Company reports that Apple is now targeting 2022 for its 5G modem, an aggressive timeline considering the technical complexity of bringing a modem to market. The process entails extensive development work, manufacturing, testing, and certification to ensure the component is compatible with cellular networks the world over while also satisfying regulatory requirements.

The outlet's source warned that shipping the modem in 2023 may be more reasonable, given the Cupertino tech giant's inexperience in developing its own modem to date. Reuters had previously reported that the company was aiming to have its in-house modem ready by 2021.

Most smartphone manufacturers transitioned to processors with integrated cellular connectivity years ago, helping fuel Qualcomm's rise to power as the dominant maker of such chips. Back when NVIDIA had hoped to challenge Qualcomm, CEO Jensen Huang had said that there is "no stand-alone modem business anymore." That was in 2013.

Apple remains the largest buyer of discrete modems that sit next to its A-series custom chips. While its processors are powerhouses, they still lack an integrated modem. Apple had wanted to work with Intel to integrate its modem into Apple's silicon, according to the report, but that proved to be too difficult. However, now that Apple owns the underlying 5G IP, it should be able to eventually incorporate that functionality into a future A-series processor. The Mac maker is expected to start with a stand-alone 5G modem and then proceed to integrate cellular connectivity the following year.

In recent years, Apple has taken vertical integration to unprecedented levels, investing billions in research and development to insource development of anything the company considers to be a core or fundamental technology. Despite the hefty investment, Apple is pursuing some important strategic benefits. "We have better control over timing, over cost, over quality," CFO Luca Maestri has said.