Please ensure Javascript is enabled for purposes of website accessibility
Log In Help Join The Motley Fool
Free Article Join Over 1 Million Premium Members And Get More In-Depth Stock Guidance and Research
By Daniel Sparks - Oct 15, 2019 at 11:05AM

This metric may provide insight into how management expects intensifying competition to impact the streaming-TV giant's business.

Investors will be watching Netflix's (NFLX -0.01%) third-quarter update closely this week. After whiffing on subscriber growth in its second quarter, the market will be looking for the streaming-TV giant to prove its growth story is intact. In addition, investors will be looking for more strong revenue growth and progress toward its target for a full-year operating margin of 13%.

While Netflix's update on key third-quarter figures will be important, another key area investors should tune into when the company reports earnings is management's guidance for its subscriber growth in Q4. This guidance will be particularly interesting since Q4 will include the launch of two major competing streaming services: Disney+ and Apple TV+.

Will management provide a cautious outlook for the quarter as competition heats up? Or will the company's guidance for subscriber growth suggest Netflix anticipates little impact from the new competition? 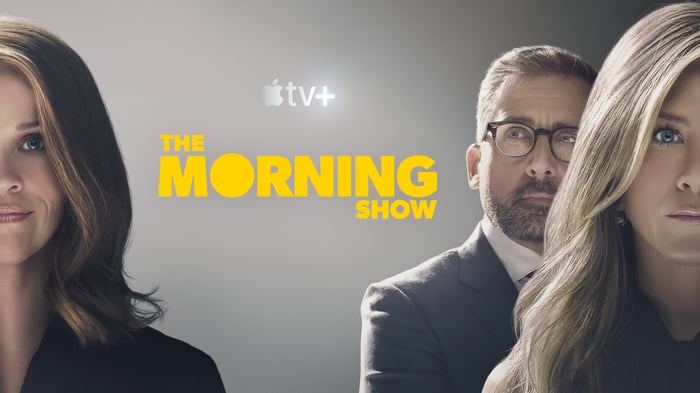 "While we've been competing with many people in the last decade, it's a whole new world starting in November," said Netflix CEO Reed Hastings in an interview with Variety last month. He was referring to upcoming launches of Apple (AAPL -0.30%) and Walt Disney's (DIS -0.40%) new streaming services. Apple is debuting Apple TV+ on Nov. 1 and Walt Disney's Disney+ is coming on Nov. 12.

It's no surprise Hastings thinks things are about change. Disney's new service will feature thousands of movies from iconic studios Pixar and Marvel, Star Wars, National Geographic, and its namesake Disney. Content will include new, original TV shows and movies as well. Making the service even more compelling, it will launch at an aggressive price of $6.99 per month, or $69.99 per year.

Apple TV+ may not have nearly as much content as Disney, but it's an ambitious undertaking by one of the most well-capitalized companies in the world. It's also priced at an even more aggressive price of $4.99 per month. Though Apple has announced fewer than 10 shows that will be on the service at launch, these productions include dozens of famous producers and actors. The company will be launching new content on the service every month as well, with some shows slated to be released later in November.

Netflix has only provided specific guidance for its third-quarter subscriber additions, but management did clarify in its second-quarter shareholder letter that it expects total subscriber growth in 2019 to be greater this year than in 2018.

No matter how many subscribers Netflix forecasts, investors should look for commentary from management on the intensifying competitive landscape. This context can help them understand how the company is thinking about the impact competition will have on its business.