The retail fashion leader may have a few advantages going it alone. Or it may not.

The "conscious uncoupling" of Gap (GPS -1.72%) and its lower-priced fast-fashion brand, Old Navy, surprised a lot of people. Sure, Gap, the parent brand of several retail lines including Banana Republic, Old Navy, Athleta, and the newer Hill City, gave shareholders reasons for the spinoff in a pretty PowerPoint presentation, but will this disunion actually deliver results for investors?

Why stakeholders didn't see it coming

For the past many quarters, Old Navy has been the driving force behind profits for Gap, which has been renamed Gap Inc. as it heads toward the split. The company's revenue has been divided, with about half coming from Old Navy operations and the other half coming from the rest of the brands – $8.7 billion for Gap and its brands, and $7.9 billion from Old Navy.

Previous earnings reports show Old Navy's explosive growth, overtaking Gap store sales in 2014 and bringing in almost half the total revenue for the company for the past 2 years. While Gap stores are still profitable, it's struggling with 2% margins. However, Old Navy is operating with 15% margins, bringing in a staggering 85% of total profits.

At first glance, it looks like a situation where Gap needs Old Navy to continue floating its boat. However, management doesn't see it that way. 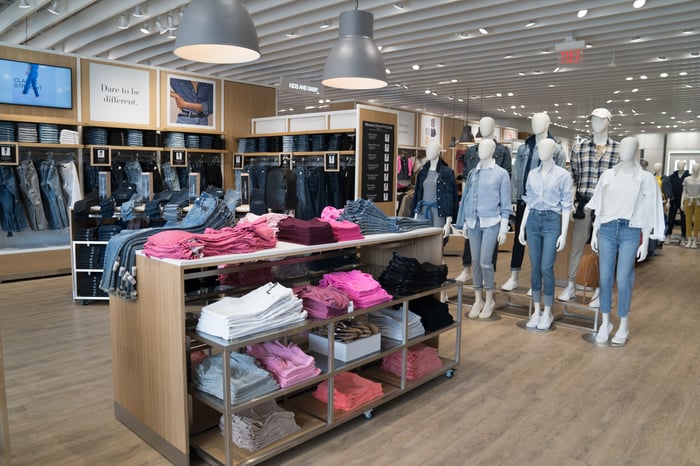 What Gap stands to gain

The business lingo that Gap uses refers to the deal allowing Old Navy to "unlock its value." Meaning, as long as it's pulling along Gap stores along, it's unable to realize its true potential. On its own, it can focus on its own growth without having to keep an eye on its older brother.

But what's in it for Gap? In its explanation for the breakup, the company gave the following reasons:

In a keynote address at a Shoptalk conference in Las Vegas just days after the announcement, Gap CEO Art Peck explained a little bit more how the company plans to turn itself around. He said that the Gap customer is no longer going to the mall, even though 80% of sales still take place in the brick and mortar stores. "The mall formula is no longer as nearly as effective as it used to be," Peck said, justifying the remarkable 230-store closure that Gap Inc. is implementing across the country.

Instead, Gap is opening new stores that "fit into the shopper's life." He cited the example of a new Gap store in Encinitas, Ca., near a Trader Joe's location. "This is a store where there's low traffic, low rent, properly sized, and conversion that's two, 2.5 times than when we run a store in a mall."

Peck also talked about how focusing on Old Navy confused efforts to focus the other brands. He stated, "The compromise that was required to meet Old Navy, as a value business, was yielding a lack of focus, and a lack of precision, in our investments."

Gap is sending away its moneymaker to focus on mending itself, but it's an alarming retail market out there with past winners going bankrupt (think Forever 21) and others curtailing store growth (H & M). Even Old Navy's slowed down with sales slipping after the announcement. The entire consumer discretionary market, particularly retail, is in a high state of flux, there's strong competition, and the rules of the game are changing.

Will Gap be able to turn its game around, or is it facing defeat without its profit source? As Art Peck closed out his Shoptalk speech about the new approach, "It's based on a platform with three simple words that our founder Don Fisher said very frequently. Change or fail."