Call of Duty has been a staple for Activision Blizzard (NASDAQ:ATVI) since 2003, and it's incredibly important to the company's financial results. But the game has been attracting fewer players and generating less revenue in the last few years as players move to new games, so it needs a kick-start.

The response was to launch Call of Duty Mobile, a game developed by Tencent (OTC:TCEHY) and published by Activision. It's built for multiple mobile platforms and is supposed to attract a wider audience with more ways to engage than the traditional game. If it's successful, Activision Blizzard could be a growth stock again. 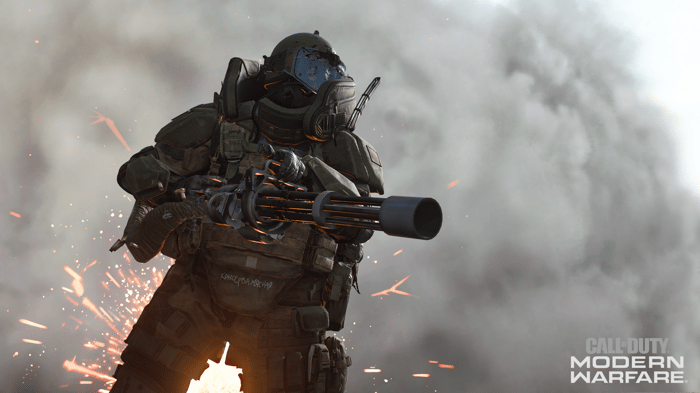 The harsh reality is that the Call of Duty franchise hit a sales slump a few years ago. Call of Duty: Black Ops 4 sold $500 million in the first three days it was available last fall, but that pales compared with the $1 billion that Call of Duty: Ghosts did on opening day in 2013. This falling sales trend mirrors the performance of console games across the industry as mobile and PC games, not to mention the launch of Fortnite, capture the market's growth.

In response, Call of Duty Mobile is intended to bring the game to smartphones and tablets, where consumers are spending more time. It's had a big launch, with 35 million downloads in the first three days it was available. Management is hoping that's the start of a comeback for Call of Duty.

Watch engagement ahead of the esports launch

One of the reasons Activision is watching Call of Duty engagement closely is the launch of the Call of Duty League in 2020 with 12 teams. And if the Overwatch League is any indication, there are hundreds of millions of dollars in potential revenue and franchise fees for Activision. The league could also cement the company's place atop esports after the massively successful Overwatch League.

If consumers latch on to Call of Duty Mobile, it will afford the company the opportunity to advertise and engage users on more than just PCs and consoles. It could widen the audience and deepen engagement to more hours per day, which would be a big win ahead of the Call of Duty League's launch.

Putting a highlight on Call of Duty worldwide

What management hopes is that Call of Duty Mobile will increase engagement and revenue for the franchise, particularly ahead of the esports launch. The game could use a boost, and 35 million downloads are a good start. Investors will want to watch management's comments on the game, both for engagement and revenue, on upcoming conference calls.

Activision Blizzard is one of the best at generating revenue from mobile, with games like Candy Crush, so it has the tools to succeed. Now, it needs to prove that Call of Duty can make that transition to mobile.