Please ensure Javascript is enabled for purposes of website accessibility
Log In Help Join The Motley Fool
Free Article Join Over 1 Million Premium Members And Get More In-Depth Stock Guidance and Research
By Evan Niu, CFA - Oct 17, 2019 at 8:00AM

It turns out people don't like strapping phones to their faces.

Amid Google's slew of hardware unveilings this week, the Alphabet (GOOG -0.27%) (GOOGL -0.27%) subsidiary has quietly axed the Daydream, a virtual reality (VR) accessory first launched back in 2016. Daydream was part of an initial wave of affordable VR accessories that companies hoped could introduce consumers to VR technology at very little cost, leveraging the smartphone they likely already have by strapping it to their faces and using the built-in accelerometers and gyroscopes that every modern handset has to deliver an entry-level VR experience.

Daydream was the successor to Google Cardboard, a literal piece of cardboard that Google used to sell that functioned the same way. Other products in this category included the Oculus Gear VR, which the Facebook (META -1.44%) subsidiary developed in collaboration with Samsung. Gear VR hasn't been discontinued quite yet, but the writing is on the wall. 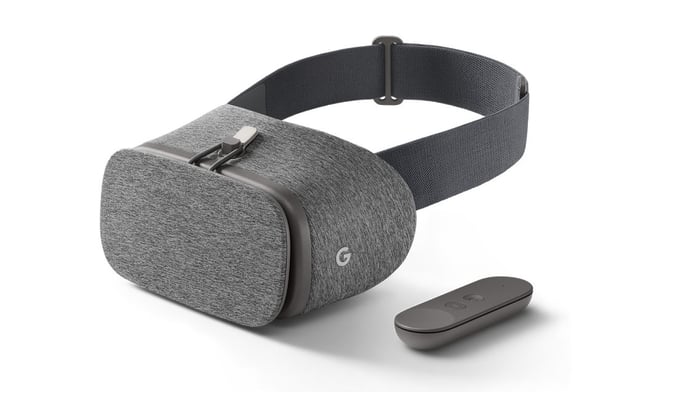 Confirming the decision to Variety, Google says it "saw a lot of potential in smartphone VR," but eventually the limitations became too prominent to ignore. The tech company said that one of the biggest challenges in asking people to strap their phones to their faces was that they could no longer use their phones to access other apps. That caused "immense friction."

"There hasn't been the broad consumer or developer adoption we had hoped, and we've seen decreasing usage over time of the Daydream View headset," a Google spokesperson told the outlet. "So while we are no longer selling Daydream View or supporting Daydream on Pixel 4, the Daydream app and store will remain available for existing users."

Of course, a lot has changed since 2016, so it should come as no surprise that the VR market has evolved significantly.

Screenless viewers to fade away

Within the broader market for VR headsets, these types of accessories were technically classified as screenless viewers. That category has been in decline for years, a trend that is expected to continue as the market keeps shifting toward stand-alone headsets like the Oculus Quest that Facebook released in May. Tethered headsets that require a PC still represent a meaningful chunk of the market, too.

There were 1.3 million augmented reality (AR) and VR headsets shipped globally in the first quarter, according to IDC. (The market researcher has not yet publicly released its estimates for the second or third quarter.) IDC believes that screenless viewers will represent just 15.7% of the VR market in 2019, down from 29.3% in 2018. Looking further out, the firm forecasts that by 2023, screenless viewers will represent less than 1% of the market.

It turns out people don't like strapping phones to their faces.