Shares of Assembly Biosciences (NASDAQ:ASMB), a clinical-stage biopharmaceutical company, jumped for the second day in a row. There was a lot to unpack in a pair of abstracts released on Wednesday that will accompany a late-breaking poster presentation at the American Association for the Study of Liver Diseases (AASLD) annual meeting next month.

Investors thrilled with signs of success for the company's experimental hepatitis B therapies ABI-H0731 and ABI-H2158 drove the biotech stock 21% higher on Thursday and 61.7% higher over the past two trading sessions.

There still aren't any cures available for around 250 million people infected with the hepatitis B virus (HBV), and Assembly Biosciences was beaten up earlier this year for not delivering on a promise to completely cure the virus with ABI-H0731. The stock is still worth far less than it was a year ago, but investors have come around to the idea that a new standard antiviral treatment that almost cures HBV is still worth a great deal. 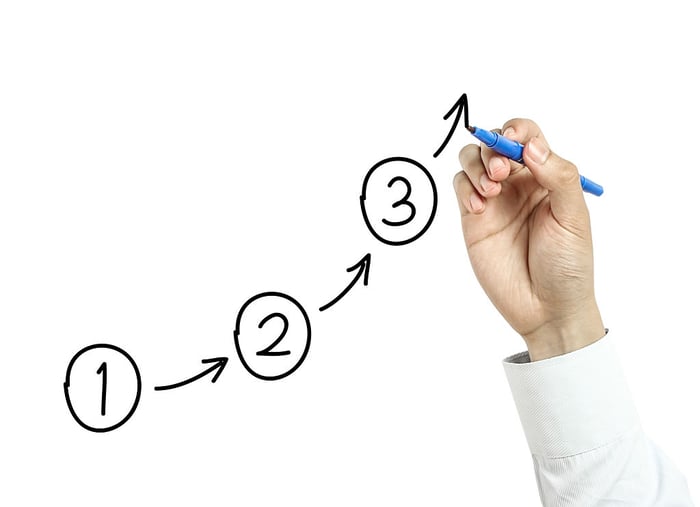 There's still a pretty good chance that a functional HBV cure will emerge from Assembly's pipeline. Follow-up results for ABI-H0731 plus Baraclude look good enough to take patients off the combination treatment next year to see if patients start showing signs of the infection in the long term.

Investors were even more impressed with the first look at the company's next-generation HBV core inhibitor, ABI-H2158. The first dose in an ascending dose study with ABI-H2158 as a monotherapy led to steep declines in signs of HBV infection after just 14 days of treatment.

If either of Assembly's HBV drugs becomes modestly successful, this company's recent $381 million market cap will more than double, more than once. We'll get a clearer picture when the company describes its poster presentations at AASLD on Monday, Nov. 11, 2019.

After burning through $46 million in the first half of 2019, the company finished June with $174 million in cash and securities. That's only enough to fund the company's expanding operations into the beginning of 2021, which means a dilutive secondary offering is probably right around the corner.