One of Stadia's top engineers claims the cloud-based service will be "faster and feel more responsive" than any console or PC.

It's official: Earlier this week, Alphabet (GOOG -1.29%)(GOOGL -1.34%) subsidiary Google revealed it will formally launch its Stadia game-streaming service on Nov. 19. The news came from Google executives speaking at this year's Made by Google event on Tuesday, perhaps marking the start of a new era in high-quality, console-free gaming.

Stadia will begin by offering a few dozen games for $10 a month, accessible to anyone with a compatible controller combined with one of Google's affordable Chromecast streaming devices, a PC with the Chrome browser installed, or one of Google's Pixel smartphones. 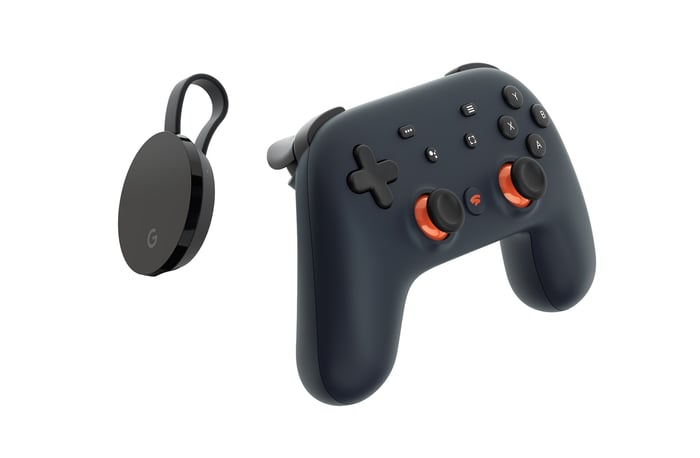 "Negative latency" could be Stadia's game-changer

It's exciting to finally have an official launch date for Stadia. But for perspective, when Google first unveiled plans for Stadia in March, I promptly argued that the tech behemoth had a chance to effectively upend the interactive gaming industry as we know it.

Google promised that not only will Stadia be capable of streaming games in 4K at 60 frames per second without requiring expensive game-console hardware, but it will also seamlessly incorporate the ability to broadcast and share gameplay on a scale afforded only by its mammoth YouTube video platform.

Just last week, however, Google upped the ante with information on an enticing capability that could eventually make Stadia all but irresistible to even the most avid console-gaming enthusiasts: In time, Stadia will offer gamers "negative latency."

Latency, or "lag" -- as gamers call it when latency is particularly high -- is the time it takes for a gaming system to register and display the actions of its players. In general, the lower the latency, the better the gaming experience is for players since they view the system as more responsive to their movements.

How can Stadia possibly achieve negative latency? With the power of Google's massive global network of high-speed servers at its disposal, Stadia will use artificial intelligence to effectively predict any number of in-game actions players might take. This will enable the Stadia system to stream the necessary frames in advance, having them ready to display on the player's screen the instant those actions occur.

As such, according to Stadia vice president for engineering Majd Bakar, "in a year or two" Stadia should be able to run games that are "faster and feel more responsive in the cloud than they do locally, regardless of how powerful the local machine is."

In other words, it doesn't matter how powerful Microsoft and Sony make their respective next-generation Xbox and PlayStation consoles. Unless they can build a smart enough, powerful enough cloud-based system to predict and stream gamers' actions as well as Stadia says it does in leveraging Google's enviable cloud resources -- something a recent partnership between the two game-industry juggernauts obviously aims to address -- it's clear the days of buying and replacing expensive local game consoles are numbered.