After enjoying almost 13 years of reporting both higher revenue and earnings every single quarter, pest control specialist Rollins (NYSE:ROL) blew it in the first quarter by missing on earnings, and then it did it again in the second quarter.

Now that the owner of leading pest control brands such as Orkin and Western Pest Services is scheduled to report third-quarter results on Wednesday, Oct. 23, let's see if investors need to be concerned about whether this worrisome trend will continue. 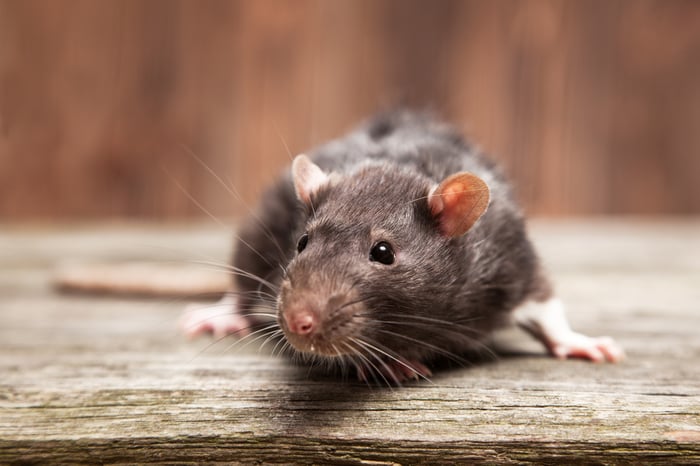 Rollins' strategy has long been growth by acquisition. Over the first six months of 2019, it acquired 14 companies, and it bought up 38 more during all of last year to equal some 52 acquisitions in just a year and a half. Despite a 19-year history of buying more and more businesses, Rollins seems to have taken a breather in the third quarter.

That's a good thing, because employee costs are rising, along with other expenses such as depreciation and amortization, not to mention Rollins' debt, which stood at $335 million at the end of the second quarter. Cash in the bank has fallen below $100 million.

While the company intends for these acquisitions to be beneficial and accretive to its growth plans as it rolls up the pest control industry under its umbrella, it comes under increasing regulatory scrutiny. Last quarter, professional expenses jumped $2 million, significantly higher than it expected, because regulators took a closer, more in-depth review of its acquisition of Clark Pest Control, and it needed to hire more economic experts to justify the acquisition.

The Clark purchase was subsequently approved, and it has since closed on the deal. However, that will become a more frequent occurrence the more businesses it attempts to buy, and it has been acquisitions that have fueled Rollins' growth.

A lot of one-time expenses coming

Last quarter, total revenue rose 9%, but over five percentage points of the gain came from acquired businesses. Price increases also accounted for a good portion of the remaining increase, leaving only a little to organic growth. That suggests the ever-expanding diet of acquisitions is not having the kind of impact investors likely want, and Rollins may be getting a bit bloated.

Rollins is also going to have some unique, one-off expenses in the third quarter (and the fourth) because it just completed the termination of its pension plan. Because it was fully funded, it was able to end the program that it had frozen in 2005, but it is going to take a significant non-cash pre-tax charge of approximately $76 million in the third quarter, or about $0.20 per share after taxes. It does get a benefit of a lower tax rate as a result, but it will skew the results of what investors see (even though over the long term it will help Rollins out).

Rollins and other pest control companies got a reprieve when California killed a bill banning the commercial use of rodenticides. Just as the state was experiencing an explosion in the rat population, environmentalists were working to ban the use of a rodenticide to keep their growth in check. It was pulled from the state's appropriation committee, which killed it for 2019, but it's a battle that will likely be fought again in 2020.

Rollins is also doing well in the mosquito control business, though it's still a very small portion of total revenue. Sales there grew 35% last quarter, and it's looking to take a bigger portion of the pie going forward.

A return to growth?

Analysts are looking for Rollins to grow sales 12% in the third quarter and earnings by 5%, which, if accomplished would mean the pest control specialist is resuming its historical trends. With consumer demand having been weaker than expected in the first half of the year, but coming back stronger beginning in July, it's quite possible that will happen.

There will be a lot of puts and takes with Rollins this quarter, but with its acquisitiveness, there always is. It just remains to be seen whether a steady diet of buying up competitors will leave it with indigestion.