To say that Boeing (NYSE:BA) has had a rough year would be putting it lightly.

Since then, the company has been dealing with an array of business repercussions, including the grounding of its 737 MAX fleet, rescinded purchase orders for the 737 MAX, and intense scrutiny over its safety procedures. Recently, Southwest pilots filed a lawsuit against Boeing, claiming that the 737 MAX aircraft's grounding cost them more than $100 million in potential salary. 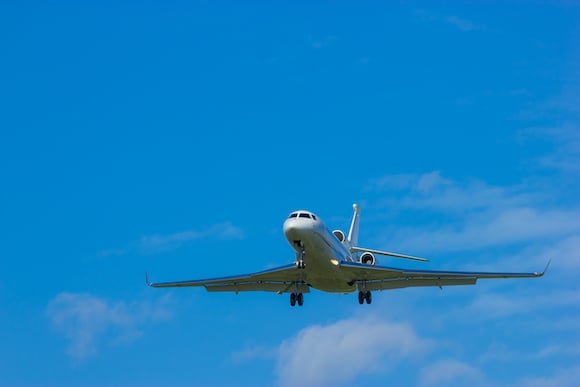 Of course, any potential Boeing investor would see this major safety catastrophe as a reason not to buy. In the coming months and year, the company's management will need to rebuild trust, rethink safety measures, and reflect on internal procedures if it wants to get back to a position of strength. To do all this successfully means Boeing will have plenty of challenges to overcome.

So what steps does Boeing need to take before its shares are safe to buy again? Here are three suggestions:

First of all, Boeing has to prove to its customers that its products -- and more specifically the 737 MAX -- are safe to use again.

To do that, the company will need to fully understand what led these planes to crash. It appears that a faulty sensor alerted the planes' computers that these airplanes were stalling, which triggered the plane's automated Maneuvering Characteristics Augmentation System (MCAS) software, tipping the planes' nose down. The company has worked to repair the sensors and MCAS software, making some additional safety features standard. However, a concrete date for the fleet's return has not been set.

To guide the company's moves, Boeing might consider following the lead of other companies that lost customer trust and successfully built it back.

Take Chipotle (NYSE:CMG) for example. A few years ago, the company had a series of issues with food safety. Due to a series of E. coli and norovirus outbreaks spanning from 2015-2017, hundreds of Chipotle's customers were sickened after eating at various restaurants. In response, the company experienced its first quarterly loss on record and revenue shrank by 23%.

Shortly after the food safety incidents came to light, Chipotle's management took action. Restaurants were closed in order to retrain employees, food-safety experts were brought in, and the company's founder, Steve Ells, publicly apologized (and eventually stepped down). In response, revenues began to recover: In 2018, revenues grew 8.7% year over year. That's a clear sign that its efforts made some difference.

The 737 MAX -- the plane at the heart of the controversy -- has been grounded since March 2019, but the company needs to do what it takes to get it back in the air ASAP. Every successful flight helps build trust. The sooner the 737 MAX gets in the air, the sooner Boeing can begin to earn back customers' confidence.

Berkshire Hathaway CEO Warren Buffett famously stated: "It takes 20 years to build a reputation and five minutes to ruin it."

Boeing's CEO, Dennis Muilenburg, has said that the company made a "mistake" in reference to how it handled the use of a cockpit warning light in the 737 MAX. This light -- which signals a disagreement between sensors in the plane -- was absent on both 737 MAX flights that crashed, and would have potentially helped to avert disaster. To make matters worse, the company refrained from telling regulators and airlines about the problem for a full year. These events took place under Muilenburg's watch, which creates the implication that he was involved in a cover-up. And yet, Muilenburg remains in charge today.

While it's hard to say that a leadership change at this time would be the correct move for Boeing, the company may not want to rule it out. The public face of a company is often its CEO and how that person handles the situation can make all the difference.

3. Focus on the future

Since Boeing can't turn back the clock, the company has to ensure that all necessary steps are taken to ensure another catastrophic failure doesn't take place.

For an example of how this can be done, consider how Target (NYSE:TGT) reorganized after it faced a massive data security breach.

In 2013, access to more than 110 million customer credit card accounts in Target's computer system was compromised. News of the data theft sank company earnings 34.3% from a year earlier. To return to strength, the company developed a new, more robust security system to better safeguard customer's data. Since employing the new system, the company has had no new security breaches.

Like Target, Boeing will need to make safety its top priority in order to illustrate that it has learned from its mistakes. The company recently formed a new safety group to oversee product safety and address internal, anonymous safety concerns. It's too early to know if this effort will pay off, but the company is on the right path by making the effort. It's crucial that it leaves these mistakes in the past.

The road to recovery

Unfortunately, there isn't a quick fix to Boeing's 737 MAX problems. Company reputations aren't built overnight, and the tragedies resulting from the 737 MAX crashes won't soon be forgotten. However, the company can pull from lessons of the past to try and make sure investors feel confident purchasing stock going forward.

Investors should watch carefully to see how Boeing is able to move forward. Look for Boeing to secure new contracts as a sign that it might be time to purchases shares again.

Make no mistake, Boeing has the power to turn things around. After all, the aircraft manufacturer has been in business for more than 100 years, has a strong balance sheet, still offers a good dividend, and has very few competitors. If the company is willing to prioritize customer safety over the long term, it can become a powerhouse again.