Amazon ( AMZN -1.38% ) is often blamed for causing the "retail apocalypse," which has caused tens of thousands of store closures over the past decade. The expansion of Amazon's Prime ecosystem, which surpassed 100 million U.S. members last year, exacerbated the pain. 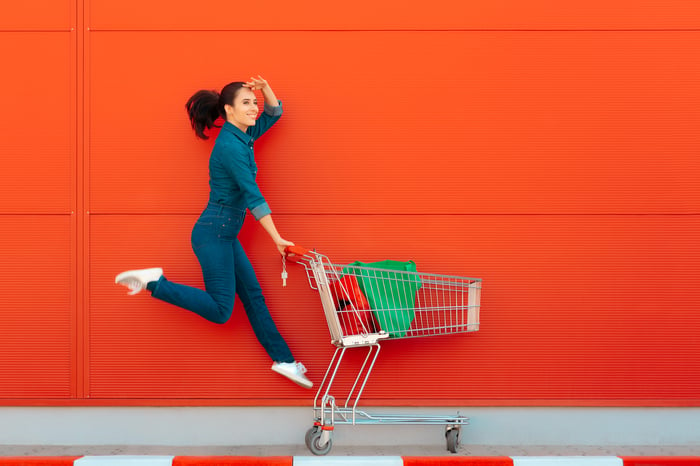 It's also usually more convenient to buy products that cost less than $5 at brick-and-mortar discount retailers, since orders under $25 weren't eligible for free one-day shipping on Amazon Prime. To reach that threshold, customers needed to buy more products, or select them as "add-on" products for a bigger order.

But in recent months, Amazon eliminated the add-on option and instead started offering free one-day shipping for products that cost as little as $1. This seems like a deeply unprofitable strategy, but the use of Amazon's own logistics network and subsidies from participating brands could reduce the impact to the company's bottom line. Could this aggressive strategy cause serious headaches for Dollar Tree and Dollar General?

Amazon has targeted dollar stores before

This isn't Amazon's first major attempt to win over lower-income shoppers. In 2016, it added monthly payment options to Prime for shoppers who couldn't afford its annual fee. And in 2017 it launched Amazon Cash, which let shoppers without debit or credit cards charge their accounts with cash at participating brick-and-mortar retailers.

That same year, it offered a 45% discount on Prime memberships for shoppers on welfare or food stamps. Medicaid recipients were subsequently added to that list. Last January it launched a "$10-and-under" selection of products with free shipping for both Prime and non-Prime members. Yet none of those moves curbed the growth of Dollar Tree, its subsidiary Family Dollar, or its rival Dollar General over the past year.

Family Dollar's growth actually accelerated as Dollar Tree implemented aggressive turnaround plans for the struggling banner, which included store renovations and the addition of alcoholic beverages and a $1 Dollar Tree section to its stores.

Dollar Tree is notably the only major chain that still sells all its products for a dollar. Family Dollar and Dollar General both sell products at slightly higher prices. All three retailers sell their products at 20%-40% discounts to supermarkets and drugstores. 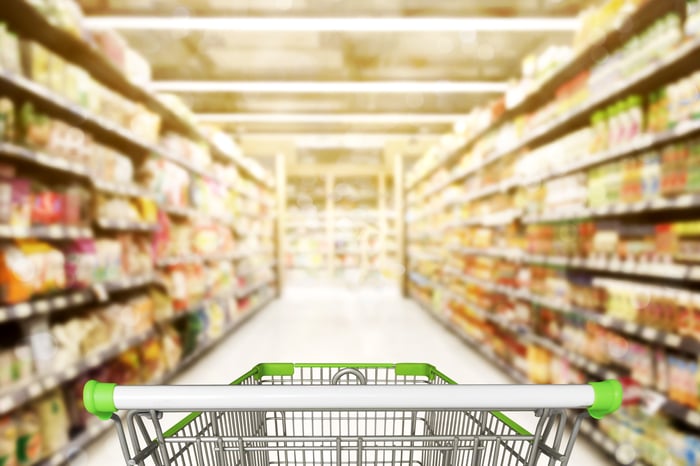 Will free shipping on $1 products move the needle?

Amazon is clearly struggling to crack that market. Last October, Piper Jaffray estimated that only 60% of U.S. households with annual incomes between $21,000 and $40,000 had Prime subscriptions, versus nearly 85% of higher-income households.

Piper's survey didn't disclose membership numbers for households with even lower incomes, but an earlier CIRP study found that just 12% of Prime members earned less than $25,000 a year -- which likely covers a large portion of dollar store shoppers. Nearly 60% of American adults are still living paycheck to paycheck, according to a recent Charles Schwab study, indicating that Prime memberships (and the extra purchases they encourage) could still be an unjustifiable expense for lower income households.

Those figures highlight the biggest problem with Amazon's latest plan. If it wants to steal lower income shoppers from the dollar stores with free shipping for $1 items, it must lock them into its Prime ecosystem first. It's clearly struggling to accomplish that, since dollar stores are still gaining shoppers and increasing their store counts.

Amazon's new plan could certainly generate higher orders from its existing Prime customers, while pulling some shoppers from superstores, drugstores, and convenience stores. However, I don't think that it will impact Dollar Tree, Family Dollar, or Dollar General any more than its other efforts over the past three years.